Students in China Were Made to Take Exams Outdoors in Toxic Smog. The Images Are Shocking

Students of a high school in the city of Linzhou, in central Henan province, had to turn up Monday and sit for exams in the open air, reports the state-run People’s Daily. Over 400 of them had to complete a whole day of exams in the outdoor school playground, blanketed in dense, toxic smog. This was in spite of city authorities’ orders to suspend classes in all schools and kindergartens for the whole week, because of the pollution.

Thick smog has been engulfing northern China for days, choking cities like Beijing. With the winter’s first air-pollution “red alert” in force, some major roads in the capital had to be closed, and even some flights at the city’s airport were canceled. The “airpocalypse” is a frightening thing to witness, even just on video.

But the images of students sitting amid thick, grey smog, exposed to highly harmful particulates — generated from coal burnt for heating, among other things — have starkly dramatized the horrific extent of the problem. They quickly circulated among Chinese Internet users, after a disgruntled parent complained to a local newspaper.

According to People’s Daily, the principal of the school, who pressed ahead with the outdoor exam session despite official orders to cancel classes, has since been suspended. 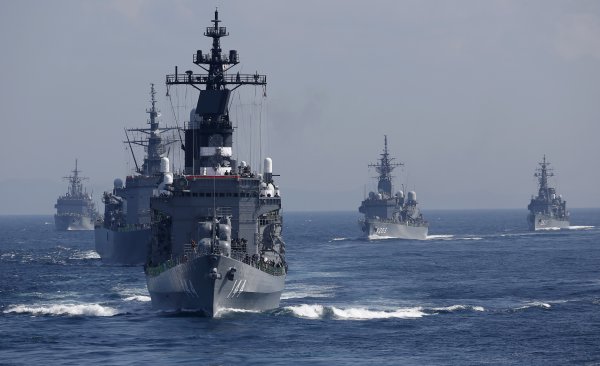