Icahn will serve as a special adviser, not a federal employee, and he will not have any specific duties, Trump’s team said in a statement. He will not take a salary for his service, a transition aide said.

But the pick could draw scrutiny because Icahn, whose major investments include insurer American International Group and oil refining business CVR Energy, could play a key role in shaping rules meant to police Wall Street and protect the environment.

Icahn has been helping the Trump team weigh candidates to be the next chairman of the Securities and Exchange Commission, people familiar with the issue said. Current chair Mary Jo White will leave the agency in January. The Commodity Futures Trading Commission, which overseas the derivatives market, also has vacancies.

As of last week, candidates to replace White included Paul Atkins, a former SEC commissioner who is part of Trump’s transition team, and Debra Wong Yang, a former federal prosecutor, a source familiar with the matter said. A transition spokeswoman said this week no decision had been made yet.

Icahn has said the 2010 Dodd-Frank banking law “went too far,” and has been a loud critic of the U.S. biofuels program that requires oil companies to use renewable fuels like ethanol.

“It’s time to break free of excessive regulation and let our entrepreneurs do what they do best: create jobs and support communities,” Icahn said in the transition team statement. 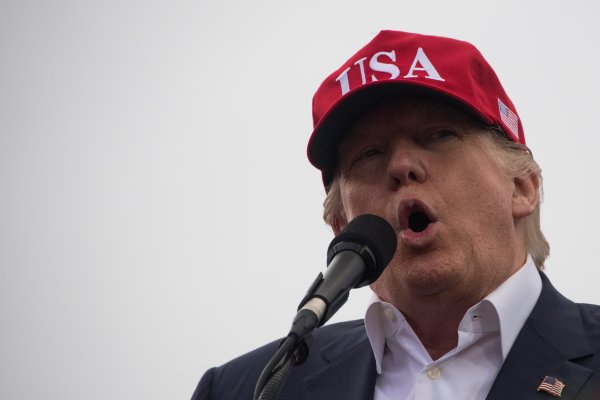 Trump on Proposed Muslim Ban: 'You Know My Plans'
Next Up: Editor's Pick