This Woman's Act of Kindness Reportedly Got Her a Surprise $3,000 Tip

It looks like an airport employee who kindly helped a customer locate his car has now received a sizable gift in appreciation, right in time for the holidays.

The Rap Yearbook author Shea Serrano tweeted about his recent experience with Radelle, who Serrano says works in parking assistance at his local airport. According to Serrano’s tweets, she drove him around the airport parking lot for an hour before they finally found his car; after they arrived, however, Serrano discovered that he had no cash to tip her, asking instead for her email address so that he could thank her later. After writing a series of tweets about the experience, Serrano ended his thread by stating that he wanted to “do something nice” for Radelle and her two daughters this Christmas.

His followers asked how they could support Radelle’s act of kindness as well, so Serrano says he created a PayPal for the effort. Because the man and others who followed his experience were touched by her willingness to help, he says he raised about $2,700 in just two days, with Serrano saying he added extra money to make it $3,000.

Serrano hand-delivered his gift to Radelle in person on Wednesday, a reminder that an act of kindness can go a long way. 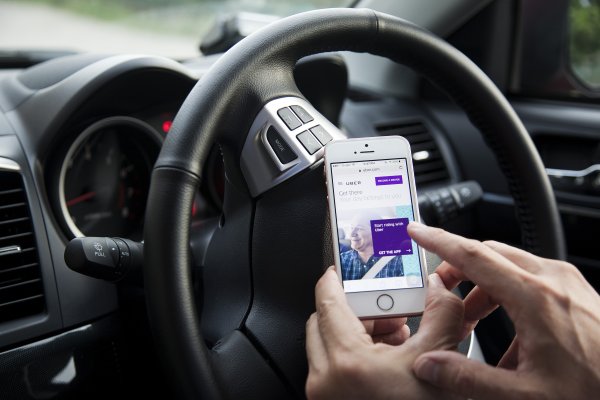 Watch a DJ'ing Uber Driver Turn a Car Ride Into the Ultimate Nightlife Experience
Next Up: Editor's Pick