Babies born in the United States are more social and impulsive than those from some other countries, a new study has found. They’re also, according to their moms, more likely to enjoy highly stimulating activities, less likely to be unhappy or angry and are easier to comfort when they do get upset.

Researchers from three countries compared kids from the U.S. with those from Chile, South Korea and Poland. They found kids from Chile were the most active and more prone to have trouble concentrating on one task for an extended period. Their temperamental opposite, the study found, were the South Koreans, who were more likely to have long attention spans and less need to run around. They were also the most cuddly. Polish babies were more prone to exhibit melancholy and took longer to comfort when upset than their foreign cousins.

The study, which was published in the European Journal of Developmental Psychology, used questionnaires about kids’ behavior co-designed by one of the authors, Maria Gartstein, and filled out by mothers. The questionnaire asked how often babies displayed almost 200 different behaviors at certain ages. The researchers then categorized those behaviors into 14 different characteristics that range from cuddliness to vocal reactivity.

The new research builds on a former study that examined the differences between (calmer and happier) Dutch and (more stimulated and easily frustrated) American babies.

If it seems like the infants’ traits fulfill a certain set of stereotypes, it’s not your imagination. Gartstein, who’s a psychologist at Washington State University, is testing the theory that toddlers’ temperaments are very influenced by their parents’ values. Research has shown, for example, that American society is not highly tolerant of negativity, which may mean American parents are discouraging their kids from expressing negative emotions.

Likewise, it’s possible, Gartstein suggests, that Polish infants may be responding to their culture’s willingness to talk about emotions and feelings. “It works to be [more active] in the Chilean context because mothers are more attentive,” says Gartstein. “It makes sense.”

Why study cultural differences in toddlers? “The vast majority of psychological literature is based in the West,” says Gartstein. “There is a question as to what extent [our findings] are universal.” Differences in temperament, which is considered to be the foundation of personality, may illuminate what parts of personality or mood disorders may be the result of context. It may help to explain why, for example, American kids have far higher rates of attention deficit disorder than kids from other countries.

“This gives us an opportunity to look at the differences that emerge when you have these vastly different approaches among parents,” says Gertstein, “and what they believe are the critical pieces that lead to kids’ happiness and success.” 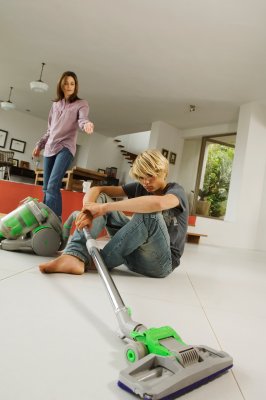 Parents Don't Get How Negative They Seem to Their Teenagers
Next Up: Editor's Pick