25 Entertainers on Whether They'd Perform at Donald Trump's Presidential Inauguration

As the inauguration of president-elect Donald Trump approaches, the question on everyone’s lips has been who will be performing at the inauguration and its related festivities. The inauguration ceremony and its accompanying celebrations has traditionally been a great honor for performers, with past performers for Obama including Aretha Franklin, Beyoncé Knowles, Kelly Clarkson, and for Bush, Destiny’s Child (Beyoncé again,) Ricky Martin, and Denyce Graves.

This year, however, might present a unique set of challenges for booking talent for the inauguration, which had confirmed only Jackie Evancho and the Mormon Tabernacle Choir as of Thursday. It’s also worth noting that during the 2016 presidential election, many actors and singers were vocal supporters of Democratic candidate Hillary Clinton. Of the artist friendly with Trump, Kanye West has praised and met with the President-elect, while Dee Snider has sung “We’re Not Gonna Take It” with Trump, later clarifying this was not an endorsement. With that in mind, here’s a look at the entertainers who have spoken out so far on whether or not they would perform at the inauguration for Donald Trump.

Rick Astley: “Depends how big the check was! Politically, the whole world’s been shaken this year – and that was the icing on the cake. But whether it was Donald Trump or anybody else, I’m not sure I’d want to go and play at the inauguration of an American president. I don’t think that’s a place for a British artist to be, to be honest.”

Andrea Bocelli: Rumors abounded that Bocelli would be performing, but Trump inauguration committee chairman Thomas J. Barrack, Jr. set the record straight: “The Bocellis came to him and said, ‘Look, if it would be helpful to you, if you would like us to perform, we would consider it. And Donald said: ‘You don’t need to. We’re not in that kind of a framework. Thanks very much for the offer. You’re my friend. You are always welcome at the White House.’”

Garth Brooks (responding hypothetically after mentioning he hadn’t been asked): “It’s always about serving. It’s what you do.”

The Chainsmokers: After New York Magazine’s Brian Feldman jokingly tweeted that the band would be performing at the inauguration, their manager had a succinct but firm reply: “False.”

The Dixie Chicks: Their manager Simon Renshaw commented, “If anyone does do it, I hope that the check that they get is in the nine figures. Because it’s probably the last check they’re ever going to get…No one is prepared to normalize what is going on in the country right now.”

Jackie Evancho: The 16-year-old America’s Got Talent contestant is the only confirmed performer for the inauguration so far and expressed her delight on The Today Show. “I am so excited. It’s going to be awesome. I felt really honored to be able to sing for the office. It’s a great honor for me.”

Rebecca Ferguson: “I’ve been asked and this is my answer. If you allow me to sing “Strange Fruit” a song that has huge historical importance, a song that was blacklisted in the United States for being too controversial. A song that speaks to all the disregarded and down trodden black people in the United States. A song that is a reminder of how love is the only thing that will conquer all the hatred in this world, then I will graciously accept your invitation and see you in Washington.”

David Foster: “For the record, I was asked to participate in the upcoming inauguration some time ago and I politely and respectfully declined. Any news outlet that is reporting otherwise is misinformed.”

Matt Healy: “I’ll do it if they give me cash up front. Then watch what would happen. It would be a riot.”

Ice T: The rapper joked on Twitter that he had been approached to perform at the inauguration, but “didn’t pick up and blocked the number,” going so far as to suggest Ted Nugent, an avowed Trump supporter as an alternative. He later put to rest inquiries about his claim with a follow-up tweet.

Elton John: Though Anthony Scaramucci, a member of the presidential transition team, told the BBC that John would be performing at the inauguration, the singer’s publicist Fran Curtis sent the New York Times the following as a response to the report: “Incorrect. He will NOT be performing.”

John Legend: When asked about the popular opinion among artists who spoke up: “Creative people tend to reject bigotry and hate. We tend to be more liberal-minded. When we see somebody that’s preaching division and hate and bigotry, it’s unlikely he’ll get a lot of creative people that want to be associated with him.”

Adam Lambert: When asked whether or not a large fee would encourage him to perform for the president-elect, Lambert responded: “I don’t think I would take the money on that one.”

Zara Larsson: “I would never do it.”

George Lopez: “I have turned down the invitation to perform at the inauguration, then they asked if I had Eric Estrada’s phone number.”

Eric McCormack: The Will and Grace star said he would perform at the Inauguration in exchange for a “Lobotomy. My whole brain removed from my head…I don’t know what the line-up will be, but I hear Scott Baio’s doing dramatic readings.”

Idina Menzel: “I think it’s karma, baby…Maybe he’ll just have to sing something himself. He probably thinks he has a great voice; he thinks he does everything great.”

Moby: “I guess I’d DJ at an inaugural ball if as payment Trump released his tax returns. Also, I would probably play Public Enemy and Stockhausen remixes to entertain the Republicans.”

Vince Neil: “So we were invited, then it turns out when the Republicans won, we were uninvited.”

Issa Rae: “If I died and they ‘Weekend at Bernies’ed me, so they just propped me up, that’s literally the only way I would perform. I would just be like [lifeless], and they’ll move my lips for me.”

Michael Rapaport: The actor thinks anyone who performs at the inauguration “should be ashamed of themselves.” He also added that the rumored performance fee would not sway his decision. “I wouldn’t do it for money. Trump has no flavor. His supporters have no flavor.”

The Rockettes: James Dolan, the executive chairman of The Madison Square Garden Company, said in a statement, “We are honored that the Rockettes have again been asked to perform in the upcoming inauguration festivities.” After at least one dancer voiced concern about “being involved in a dangerous political climate,” the performance union representing the Rockettes told the dancers that they will be required to perform at the inauguration. 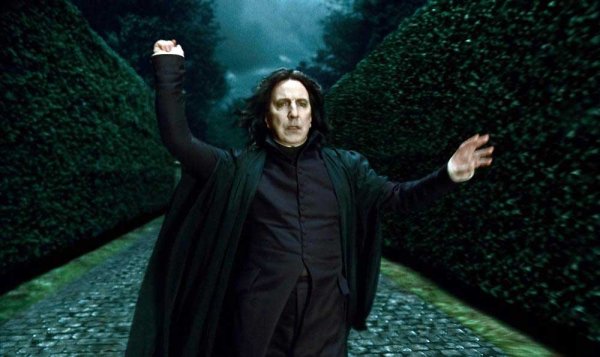