Folk-rock icon James Taylor has canceled his February 2017 concert in Manila on his forthcoming tour across Asia to make a statement against Philippine President Rodrigo Duterte’s “war on drugs,” which has left thousands dead since Duterte took office in June.

He announced the decision on Tuesday night in a statement posted on Twitter and his personal website.

“I don’t think of my music as particularly political but sometimes one is called upon to make a political stand,” Taylor wrote. He went on to lament to “scourge of addiction,” but wrote that “recent reports from the Philippines of summary executions of suspected offenders without trial or judicial process are deeply concerning and unacceptable to anyone who loves the rule of law.”

Tickets to the show will be fully refunded. The rest of the tour, featuring shows in Hong Kong, Singapore, New Zealand, and Australia, will carry on early next year as scheduled.

Taylor, who recently campaigned for both Hillary Clinton and Democratic gubernatorial candidate Roy Cooper in his home state of North Carolina, is far from the first foreigner to voice alarm over the recent rash of extrajudicial killings across the Philippines. The Western media took note of Duterte before he was even elected, mostly because it saw the crass former mayor who pledged to “kill 100,000 criminals” as an overblown, dystopian analog to America’s Donald Trump.

Since taking office, he has been making good on his promise. An estimated 6,100 alleged drug users or dealers in the Philippines have been murdered by so-called “death squads” in the last six months, prompting consternation from governments and officials around the world. 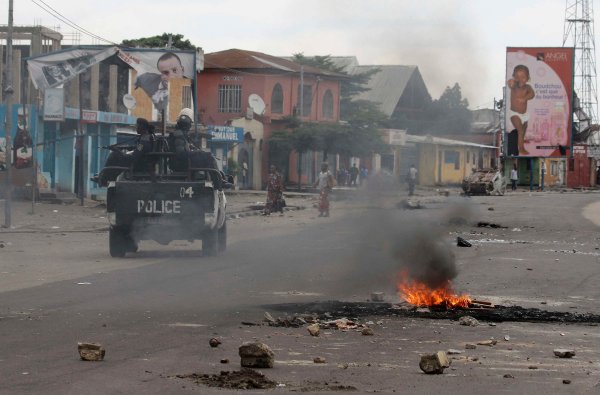 At Least 26 Protesters Killed in Congo
Next Up: Editor's Pick