Philippine President Rodrigo Duterte (C) faces the media on his arrival at a restaurant for lunch in Hanoi on September 29, 2016.
AFP/Getty Images
By Reuters

(MANILA)—The United Nations human rights commission has urged the Philippines to launch a murder investigation into President Rodrigo Duterte’s claims he killed three people as mayor of Davao City, and into the killings in his war on drugs, which has led to more than 6,000 deaths.

Since July when Duterte assumed the presidency, there had been 6,000 people killed in the government’s war on drugs, about a third died in police anti-narcotics operations and the rest by motorcycle-riding masked men and vigilante groups.

Duterte told a gathering of businessmen last week that as mayor of Davao City he “personally” killed criminals as he prowled the streets.

He later admitted killing three men, who were involved in a kidnapping case, during a police gunfight in late 1980s.

“The Philippines judicial authorities must demonstrate their commitment to upholding the law and their independence from the executive by launching a murder investigation,” said Zeid Ra’ad Al Hussein, U.N. High Commissioner for Human Rights, in reference to Duterte’s claims.

“The killing described by President Duterte also violates international law, including the right to life, freedom from violence and force, due process and fair trial, equal protection before the law and innocence until proven guilty,” Zeid said in a statement.

He also said “there is surprisingly little information on actual prosecutions” over recent killings, despite police investigations into thousands of killings by vigilantes.

“Credible and independent investigation must be urgently re-opened into the killings in Davao, as well as into the shocking number of killings that have occurred across the country since Duterte became president,” Zeid said.

Duterte’s allies in Congress said the president was immune from any lawsuit and cannot be investigated for actions he had done before he assumed office. He can only face an inquiry after he is removed from power, they added.

“In fact, then Justice Secretary Leila de Lima had investigated such cases and came up with no actionable offences,” said Congressman Rodolfo Farinas.

“The president could only be impeached by acts or omissions committed as president.” 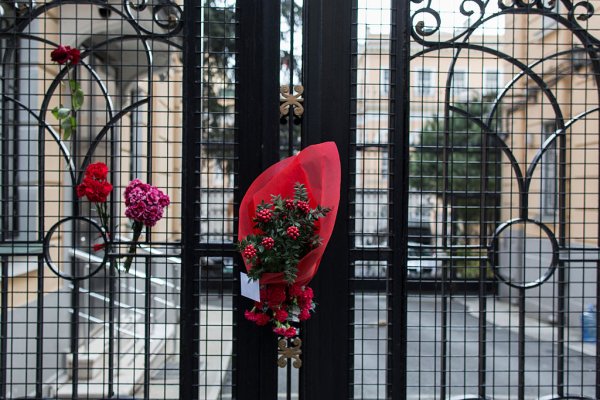 Why the Assassination of a Russian Ambassador in Turkey Won't Start a New War
Next Up: Editor's Pick