Andrey Karlov, Russia's ambassador to Turkey, lays on the ground after being shot by a gunman at a photo exhibit in Ankara on Dec. 19. He later died from his wounds.
Yavuz Alatan—AFP/Getty Images
By Andrew Katz

Yavuz Alatan attended the photo exhibition in Ankara on Dec. 19 as both a photojournalist and a guest. Alatan, who works for the daily Sözcü newspaper, had previously met the event’s speaker, Andrey Karlov, Russia’s ambassador to Turkey. Last year, he had received a medal from Karlov noting the diplomatic relationship between the two countries. Alatan says he was invited by the embassy to attend Monday’s show. And so both men would again appear in the same room but end up at opposite sides of an international incident: one would lay mortally wounded on the floor, the other would freeze the moment in time.

In an email interview, Alatan tells TIME he went to the gallery a half hour early to enjoy the pictures on display in a quieter environment. As Turkey has weathered attacks throughout the year, Alatan says it was a reflex that directed him to the man standing behind the ambassador. He was wearing a dark suit and tie, appearing as though he was part of a security detail. A video released after the attack shows the man, later identified by Turkish authorities as off-duty police officer Mevlut Mert Altintas, pacing behind Karlov as he spoke. At least twice, he fussed with the inside of his suit jacket. When he did so a third time, he pulled out a pistol.

“I thought this man was brought there as a bodyguard,” Alatan says, noting his “very relaxed” face. “Once the gun fired repetitively things got clear.”

Alatan was one of at least three photographers at the Dec. 19 event, with Hasim Kilic, of the Hurriyet media organization, and Burhan Ozbilici of the Associated Press. All three composed themselves enough to shoot as a routine exhibition turned into a crime scene, emerging with images of one of the most brazen acts caught on camera this year.

Pictures from the three photographers were shared online after the attack, all of them topping news stories at outlets around the world, yet they didn’t receive the same attention. Why? A range of factors are in play.

Alatan’s picture (seen above) is pulled back. He’s off to the side, not out of danger but situated behind the men and able to broadly capture the mayhem. It’s a busy image. Karlov, who was speaking at the podium when the shots rang out, fell backwards, leaving his arms and legs spread outward. There is no blood. The assailant parades around with his pistol drawn, as other guests hide behind cocktail tables or a wall. The ambassador’s face is visible, possibly igniting a hesitancy in some outlets to publish a picture that identifies a prominent victim, who is either dying or dead, before their inner circle or loved ones are informed. Did his wife know? His son?

Karlov is seen on the floor after being shot by the gunman at the Ankara gallery on Dec. 19.
Hasim Kilic—AFP/Getty Images

The same can be said for Kilic’s image (above). He was positioned similarly to Alatan, on the side of the gallery. We’re close enough to see Karlov’s face—we can even notice that his left eye is shut—and the bullet casings that litter the ground around the gunman. There’s a greater urgency in this image, visible in the slight bit of motion in the shooter, but with the gunman directly standing over the ambassador it makes for an unbalanced composition.

Then there is Ozbilici’s picture (below). It is haunting and packed with action. The gunman, with one hand to the sky and the other still holding the weapon, is shouting. There’s a cold emotion on his face. In the background lies the ambassador, his face hidden behind his body. A focus so prominent on the gunman elevated its importance at a time of many questions and few answers. It served as information when there was so little available. Understanding that a photographer faced the gunman to capture the scene also allowed a certain power. (Ozbilici can be seen in this picture by Alatan.) It had a nowness that the others didn’t.

The gunman gestures after shooting the Russian Ambassador to Turkey, Andrey Karlov, at a photo exhibition in Ankara on Dec. 19, 2016.
Burhan Ozbilici—AP

AP capitalized on that nowness when it uploaded Ozbilici’s image to Facebook. As a staff photographer, he can file his images directly to editors who can then have them posted quickly on the wire and social networks. This particular frame was uploaded when the world was still in shock that the shooting had even occurred. By the next evening it had been shared more than 58,000 times.

Alatan and Kilic work for smaller outlets; their images were later distributed that afternoon by Reuters and Agence France-Presse but did not receive similar promotional efforts.

Speed is key, but there are other important considerations: how accessible is the photographer for a statement? Does he or she speak English? If not, how fast can an appropriate translator be acquired? Ozbilici’s searing witness account had been posted by AP and was shared widely. A phone interview with Kilic was cited deep in a long piece by The New York Times; he offered details from the scene and quoted the gunman. In Alatan’s case, a Turkish photographer reached out to him on Tuesday and a translator helped to secure his statements.

Ozbilici’s image was printed on front pages of newspapers around the world on Tuesday, from the New York Times and the Miami Herald to the Financial Times and Libération. Alatan’s picture, or various crops, was plastered on the front pages of Chile’s El Mercurio, the Kuwait Times, the Ottawa Citizen and a handful of others. At least one international newspaper, El Tiempo in Colombia, chose Kilic’s image.

The photographers were lucky as several others were injured at the exhibition. The gunman was later “neutralized” by Turkish law enforcement officers. Asked if he slept on Monday evening, Alatan says, “I kept thinking what could have saved the ambassador all night. I tried to find a way.” That he knew Karlov added to the shock of it all: “I wish this hadn’t happened, and I hadn’t taken those photos.” 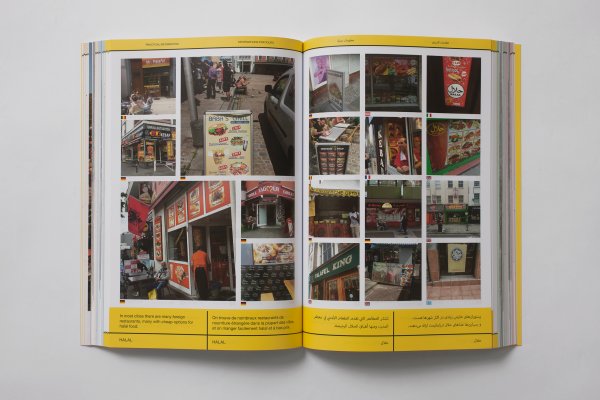 A New Guidebook Aims to Inform Refugees About Europe
Next Up: Editor's Pick