Amy Schumer is seen in Central Park with her father Gordon Schumer on May 5, 2016 in New York City.
Alessio Botticelli—GC Images/Getty Images
By Stephanie Petit / People

The holiday came early for the 35-year-old comedian’s father, Gordon, when she revealed on Monday that she had bought back the farm the family previously owned. When Schumer was a child, her father was diagnosed with multiple sclerosis and her family went bankrupt.

The Trainwreck star shared a screenshot of herself FaceTiming with her father to announce the news.

“Today I bought my father’s farm back,” she captioned the photo.

Schumer then posted an adorable home video taken by her father that shows her younger self trying to run away from home.

“Video from the farm when I was running away in the cornfield and my dad was taunting me because I wanted him to come with me,” she wrote. “We lost the farm when we lost everything else. But today I got to buy it back for him.”

Schumer has previously opened up about her father’s battle with the illness and even drew from her real-life experience in her hit movie Trainwreck. The actress says that humor was one way her family got through the tough times.

“In terms of my dad being sick, it was just confusing to me, especially the way MS works,” Schumer explained during her interview for ABC’s Barbara Walters Presents: The 10 Most Fascinating People of 2015. “He was in physical pain. That’s when I kind of took the lead and took care of everybody in my family. I would keep them – I would keep everybody laughing.” 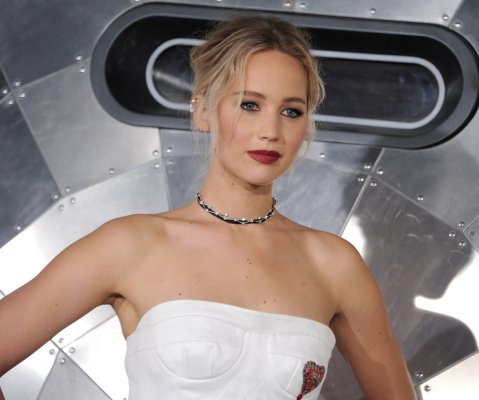 Jennifer Lawrence Doesn't Want to 'Just Shut Up and Act'
Next Up: Editor's Pick