Most People Who Didn't Vote in the 2016 Election Don't Regret It: Study

Most Americans who chose not to vote during the 2016 presidential election say they have no regrets about passing on their basic democratic right to do so, a new study has found.

Fifty-five percent of the non-voters interviewed for the Pew Research Center’s latest poll say they do not wish they had voted. Some of those people say their lack of anguish comes from not liking any of the candidates or feeling like their vote wouldn’t matter.

Less shockingly, results of the Pew study, which were released Tuesday, also found that 79% of Republicans say they are optimistic about the future of the GOP following the election of Republican Donald Trump while Democrats’ optimism has fallen to 61% from 77% before the election.

Democrats who were surveyed were more likely than Republicans to say their party has done “too little” to address the concerns of minority groups and women.

The Pew poll was conducted between Nov. 29 and Dec. 12 and interviewed 4,183 adults. It has a margin of error of plus or minus 2.7 percentage points. 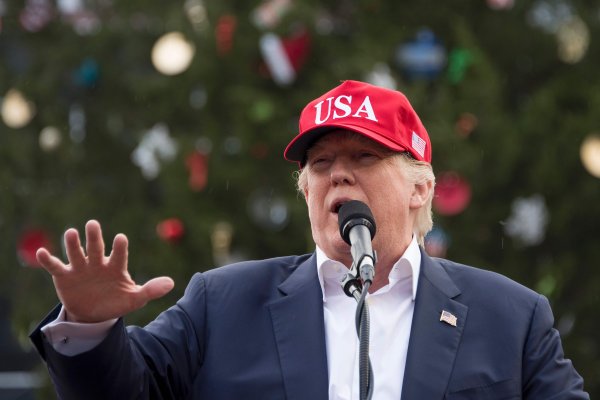 Trump Has to Pay Settlement 2 Days Before He’s Sworn In
Next Up: Editor's Pick