Holzer is the John LaFarge Jr. SJ Professor of Public Policy at Georgetown University and served as Chief Economist for the U.S. Department of Labor in the Clinton Administration.

Around the country, the Fight for $15 campaign continues to advocate for minimum wages of $15. Several states and large cities, including Seattle, San Francisco, Los Angeles, New York and Washington, D.C., have passed such minimum wage ordinances, which will phase in over several years. The worthy goal is to help low-income workers earn a better living.

But there are a few problems with this logic. For one, most minimum wage earners are not poor adults. They are, instead, young people (ages 16 to 24) or second earners in families where a spouse has a higher-wage job. So minimum wage increases help some poor heads of households, but are not well-targeted on them.

But when the minimum rises so dramatically, we will likely see much larger employment losses among young or low-income workers. The hard truth is that too many of them have too few skills to merit such high wages, at least in the eyes of prospective employers. Some (particularly immigrants) might instead be hired off the books, and paid in cash, while many more will lose employment entirely.

Over long periods of time, employers facing such high wages might turn to automation—say, using robots in fast-food restaurants or coffee shops—more quickly than they otherwise would. In other cases, they will likely relocate to lower-wage states or localities, as employers in Washington, D.C. threaten to do when Virginia is becoming a much cheaper place to do business.

All of this is to say: The increase helps fairly few of the people most in need, and it could badly hurt at least some of them.

If we want to help low-income workers, there is a more sensible approach: Combine more moderate minimum wage increases with some expansion of the Earned Income Tax Credit (EITC). The EITC provides a tax credit for every dollar earned by a worker in a low-income household, and it is refundable—so workers with no tax liability get a check from the government.

For workers in households with two children, the federal EITC is about 40 cents per dollar earned up to about $14,000 of earnings, or a maximum of about $5,500 in credits per year. Within this income range, the EITC effectively acts as a wage subsidy. As worker incomes rise, the credit phases out. Many states also have their own (and much smaller) earned income credits on top of the federal credit.

The EITC is popular among policymakers, and has rare bipartisan support in Congress, because research shows that it increases employment among low-income household heads—usually single mothers. This happens because the subsidized wages now provide greater incentives to work. Indeed, it is one of the few income-support programs that actually raises work effort among the poor.

If the federal government wanted to raise its EITC, the most logical place to do so would be for childless adults—including non-custodial parents—who currently are eligible only for a very small EITC worth about $500 per year, which very few workers claim. This would encourage more non-custodial parents to work and pay their child support orders, while also gaining work experience that should raise their wages over time. If states want to expand their EITCs, they could do so for families of all sizes.

Indeed, moderately higher minimum wages and larger EITCs generate a very sensible package of supports for poor workers and fit together nicely. As Isabel Sawhill and Quentin Karpilow of the Brookings Institution have shown, the higher minimum wage reduces the public costs of the EITC and other programs for the poor by pushing some workers into higher income ranges at which these programs phase out. And the higher minimum wage prevents some employers from lowering worker wages in response to the EITC, which some research suggests occurs when the credit rises in value.

If there is one drawback to the EITC, it is the problem with any publicly-funded program: Taxpayers must foot the bill. Indeed, this probably explains why minimum wage increases are very popular with voters, even in red states, since it doesn’t cost them anything to give workers a raise—just employers. In contrast, the federal EITC already costs the federal government over $60 billion a year, making it our most expensive cash program for the poor.

But an EITC expansion could be funded in a variety of ways—for example, it could be tucked into a larger tax cut or reform bill, where taxpayers are getting relief from higher rates in other ways. Or it could be paid for by spending cuts on other programs that do not benefit the poor or anyone else. And since the EITC will raise worker income, it will save money that would otherwise be spent on the poor.

Combining an increase in the EITC with moderate minimum wage increases would raise the earnings of low-income workers without risking their jobs, like a $15 minimum wage does. It is a much better way to help them out. 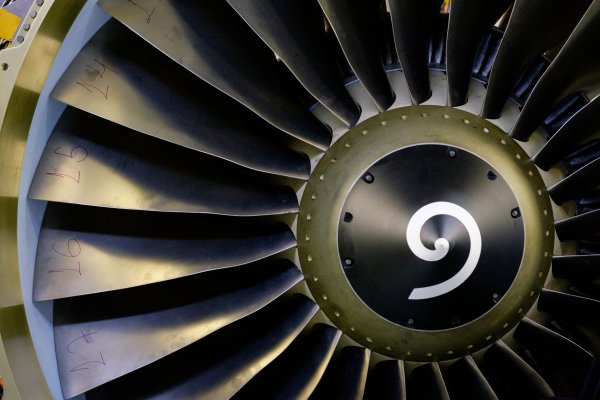 Jeff Immelt: Localization Can Help America Win Around the World
Next Up: Editor's Pick