He may no longer be playing the smooth-talking, tragic character of Aaron Burr in the Broadway hit Hamilton, but that doesn’t mean that Tony- and Grammy-winning actor and singer Leslie Odom, Jr. is taking a break. Instead, he’s put out his very own soundtrack for the holidays, Simply Christmas, an album that is in turns sultry and jazz-inflected. Stocked with updated classics that keep the spotlight on his velvety voice, the album is now available to listen to on Spotify and iTunes. The actor spoke to TIME from London, where he is spending the holiday season while filming a Kenneth Branagh-directed adaptation of the Agatha Christie mystery novel Murder on the Orient Express—and preparing for fatherhood.

TIME: Why did you want to put out holiday album? How did these songs get selected?

Leslie Odom, Jr.: People have been suggesting a holiday album since we released our first album. I just didn’t want it to be cheesy or corny. So we made a list of all our favorite tunes and went to work. We explored keys and feels, then we built full arrangements around the demos that sounded best. It was my idea to keep it simple and sparse. I liked the challenge.

What kind of holiday traditions do you have—anything connected to music?

I pull out my favorite albums every year, like everyone else: Boyz II Men, Nat King Cole and Natalie, [Michael] Bublé, Ledisi, Rahsaan Patterson, James Taylor, Harry Connick, Jr. They all make an appearance at some point between Thanksgiving and New Year’s.

Does this season feel different to you than others?

Expecting a baby makes it feel a bit different; making preparations for the baby make it feel different for sure. The career stuff, not so much. I spent most of the season in London, working on a film over here.

Can we expect more music? What else is coming next? 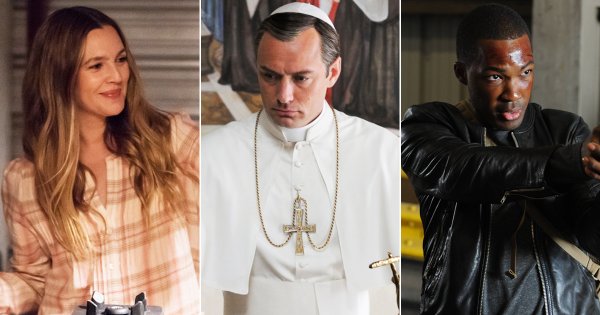