Stranger danger: There are more than bad words in some malicious Tweets
Bloomberg; Bloomberg via Getty Images
By Jeffrey Kluger

It’s hard to know what it takes to convince yourself that sending a Twitter message designed to trigger a seizure in someone known to have epilepsy is an OK thing to do. But someone apparently did just such a thing on Dec. 15, targeting the tweet at Kurt Eichenwald, a writer for both Vanity Fair and Newsweek, who has epilepsy and has talked and written about it frequently.

Eichenwald has been a regular target of Twitter attacks for his coverage of Donald Trump‘s business ties and the problems they could create during a Trump presidency. In August, he clashed with Trump supporters over their false claims that Hillary Clinton suffered from seizures, arguing that it trivialized the experiences of people who do have epilepsy. Vanity Fair, meanwhile, has angered both Trump and his supporters for a recent, blistering review of the Trump Grill restaurant.

All of that put Eichenwald in the crosshairs. Once before, in October, he received a tweet that included an animation flashing in what is known as an eleptogenic pattern—one that can trigger seizures in someone with epilepsy. It happened again last week, this time with a message that read “You deserve a seizure for your postings.” The first time, Eichenwald said, he dropped his iPad in time to avoid seizing; the second time, he was too late. Eichenwald, who lives in Dallas, is pursuing both civil and criminal actions, and a local judge has agreed to subpoena Twitter to release the identity of the alleged assailant.

The larger question—the one on which Eichenwald’s case may turn—is whether a computer screen flashing at a certain brightness with a certain frequency could indeed have triggered a seizure in his case. The answer is: maybe.

There is no question that flashing lights can be eleptogenic, and according to the Epilepsy Foundation, they don’t even have to be artificial lights. Sunlight shimmering off of water or flashing though trees or picket fences has been known to cause seizures. Strobe lights used in fire alarms or on dance floors have also been implicated. All manner of variables determine which kinds of lights are dangerous and which aren’t, including brightness and wavelength, the rate of the flash, the contrasting brightness of the background and the proximity of the viewer to the light source.

TVs and computers have always been particularly problematic. Their flicker rate all by itself can be eleptogenic as can many kinds of graphics, including rolling images. The problem has only gotten worse with the the ubiquity of screens on tablets and smartphones. LCDs and flat screens are essentially flicker-free, which helps some, but there is no limit to the seizure-inducing images they can display. The Epilepsy Foundation suggests numerous precautions for light sensitive users, including using a glare-free monitor and taking frequent breaks from the screen. Video games present a whole range of other problems, and at the very least players are cautioned to sit a minimum of two feet from the screen, keep the room well-lit, take frequent breaks and perhaps close one eye while playing.

Only about 3% of people with epilepsy have what is known as the photosensitive form of the condition. It is most common in children and adolescents and while it can certainly stay with people for life, it does tend to diminish with age. In some cases, lights do not trigger seizures but they do cause dizziness, headaches and nausea. Photosensitive epilepsy may thus be underreported because people who suffer from it mistake the symptoms for something else.

Eichenwald, his family and his doctors are the only ones who know what form of epilepsy he has and that fact may well be brought out at any trial that results from the attack. But for would-be Twitter assailants, the mere fact that an attack might not have led to a seizure is by no means a good defense. Both the intent of the assailant and the threat perceived by the victim matter in criminal and civil litigation, which is why pointing an unloaded gun at someone can still land you in jail or on the wrong end of a hefty civil award, whether you knew the gun was loaded or not.

It’s for the trolls themselves to find out a way to live with the choices they make and the things they do. It’s up to everyone else to make sure that those choices come at a price. 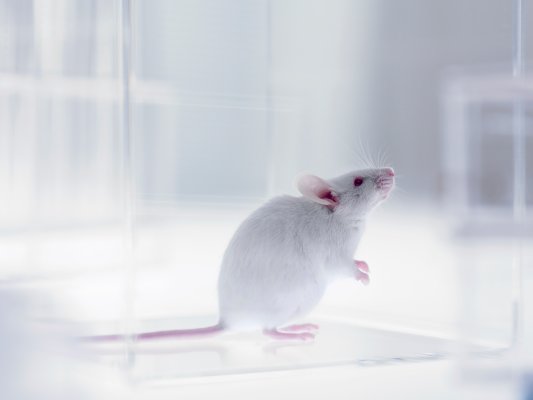 Parkinson’s Disease May Be Traced to Gut Bacteria
Next Up: Editor's Pick