7 of 2016’s Most Fascinating Obituaries

Jim Sharpe
By Olivia B. Waxman

Many legendary cultural figures died in 2016 — Muhammad Ali, David Bowie, Elie Wiesel, John Glenn and Harper Lee, just to name a few. So many, in fact, that even obituary editors have been taken aback: “People who started becoming famous in the 1960s are now entering their 70s and are starting to die,” as the BBC’s obituary editor Nick Serpell puts it. “In my father or grandfather’s generation, the only famous people really were from cinema—there was no television. Then, if anybody wasn’t on TV, they weren’t famous.” Now, thanks to the Internet and social media, “There are more famous people than there used to be.”

But 2016, like every other year, also saw the passing of many people whose lives changed the world even without that level of celebrity.

So below, TIME highlights seven figures whose accomplishments or inventions are well known, but who may not be household names. Here are seven of the most fascinating lives lost in 2016, with links to some of our favorite obituaries they received:

Daniel Berrigan: The antiwar activist and Jesuit priest was featured on a 1971 cover of TIME with his brother Philip while the two were in prison for burning Vietnam draft records. The brothers were plotting to blow up the heating systems at some five government sites on Washington’s Birthday, kidnap President Nixon’s national security adviser Henry Kissinger and hold him hostage until Nixon agreed to end the war in Vietnam. “Cradle rebels” is how a Jan. 25, 1971, TIME cover story described the siblings, who had grown up in a home that “became a haven for Depression drifters down on their luck” ruled by a “tyrannical father.” In 1950, Philip entered the Society of St. Joseph, a religious order dedicated to work with African-Americans, while Daniel made a name for himself by characterizing the priesthood as “as a ‘sheepfold for sheep’ unless it was informed by experience in the world.”

Henry Heimlich: For inventing a life-saving maneuver to aid choking and drowning victims, his was a household name—even if he himself wasn’t a celebrity. After discovering that the method (in which the rescuer puts her arms around a choking person and uses a fist to press up on the victim’s abdomen) worked on dogs, he published a paper with his findings in the Journal of Emergency Medicine in 1974 and sent copies to major newspapers, at a time when choking on food and toys was the sixth leading cause of accidental death. He also invented a method for draining fluid from open chest wounds using a Japanese-made toy noisemaker with a flutter valve that he found at a dime store.

China Machado: The supermodel and fashion editor became famous as the first non-white woman to appear on the cover of a major fashion magazine when she appeared on the cover of Harper’s Bazaar in the ’50s. The supermodel of Chinese and Portuguese descent changed her name from Noelle to China (pronounced CHEE-na) and fell in love with the world’s most famous bullfighter, who hadt inspired Ernest Hemingway’s A Dangerous Summer, but he left her for Ava Gardner. “I never thought I was good-looking in any way, shape or form, because Vivian Leigh and Lana Turner and Ava Gardner and Rita Hayworth I thought were beautiful,” she once said in a video produced for Cole Haan. “I didn’t look like them, so I thought, I can’t be good-looking, right?”

Peng Chang-kuei: This was chef credited with inventing General Tso’s chicken, a deep-fried, soy-sauce-covered entrée featured on Chinese menus in the United States. He came up with the dish in Taiwan, where he fled in 1949 after the communist takeover of mainland China, and named his invention after the 19th-century Chinese military leader from his native Hunan Province, according to his son, Chuck Peng. He served it to the commander of the U.S. Navy’s 7th Fleet in the Pacific and then, in the ’70s, opened his own General Tso’s restaurant near the United Nations. Henry Kissinger started going there and recommending the dish, eventually word about it spread.

Marion Pritchard: In 1981, Yad Vashem, the Holocaust memorial in Jerusalem, recognized the Dutch social worker as one of the “righteous among nations,” a term used to describe non-Jews who risked their lives to keep Jews from harm by the Nazis. As a social-work student, she pretended to be the single mother of a Jewish child to “conceal” the child’s Jewish identity and fatally shot a Dutch policeman who discovered the hideout she had constructed for a family of four. A local undertaker slipped the body in a random man’s coffin for her. “I just hope the family would have approved,” she said later in an interview. But she had no regrets. “Most of us were brought up to tell [the] truth, to obey the secular law and the Ten Commandments,” she said in a 1996 lecture. “By 1945, I had stolen, cheated, deceived, and even killed.”

Les Waas: The Philadelphia adman wrote the jingle for “Mister Softee” ice cream trucks, a nationwide franchise started in the City of Brotherly Love. The lyrics, initially written for radio ads, proclaimed that Mister Softee was the source of “the creamiest dreamiest soft ice creat.” Waas also ran the Procrastinators’ Club of America, which went to Whitechapel Bell Foundry in London to protest shipping damage to the Liberty Bell and organized a peace march around Philadelphia City Hall during the Vietnam War to call for the end of the War of 1812.

Cu Rua: This one isn’t a person, true, but it’s still a fascinating obituary: also known as “Great-Grandfather Turtle,” this Yangtze softshell turtle of unknown age and gender lived in Hoan Kiem Lake in the Vietnamese capital of Hanoi and was believed to have weighed somewhere between 360 and 440 lbs. and (163 to 200 kg). Legend holds it is the same spirit that helped drive out Chinese forces in the 15th century by reclaiming “the magic sword from the depths of Hoan Kiem that…King Le Loi used to defeat China’s Ming dynasty and win Vietnam’s independence from its northern neighbor,” as TIME writers reported from Hanoi. The turtle was widely considered to be a deity. Its death means only three Yangtze softshell turtles — the world’s largest freshwater turtle species — remain on Earth. 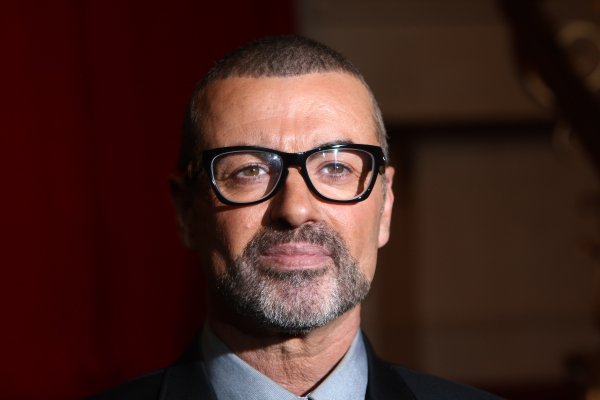 George Michael’s Boyfriend Opens Up About His Death
Next Up: Editor's Pick