Right-wing populists in Europe rounded on German Chancellor Angela Merkel after a deadly attack Monday at a Berlin Christmas market, with many tying the attack to the flow of migrants across Europe from the Middle East and Africa.

“Germany is no longer safe,” said Frauke Petry, leader of the far-right, anti-Islam Alternative for Germany party, which will challenge Merkel’s coalition in elections next fall. She added that it was Merkel’s “duty to tell you that,” according to the New York Times.

Petry placed the blame for the attack squarely on the influx of migrants in the country over the past 18 months, which Merkel has supported. “We must not indulge in illusions,” she said, the Associated Press reported. “The environment in which such acts could thrive has been negligently and systematically imported over the past year and a half. This is not an isolated case and will not remain one.”
In France, National Front leader Marine Le Pen called for the “immediate” end to the acceptance of migrants in the country and proposed the creation of an alliance between France, the U.S. and Russia to fight Islamic extremism. She is running for France’s presidency in 2017, and is expected to perform well enough to reach a second round of voting.

In the Netherlands, Geert Wilders — head of the Party for Freedom — tweeted of the need for a “political revolution” following the attack. Wilders, whose party is expected to dominate next year’s legislative elections, was recently found guilty of encouraging racial discrimination against Dutch Moroccans.<

In the U.K, Nigel Farage, former leader of the U.K. Independence Party, singled out the German Chancellor for blame. “Terrible news from Berlin but no surprise. Events like these will be the Merkel legacy,” tweeted the politician, who championed Britain’s exit from the European Union by highlighting fears about immigration.

Meanwhile, Hungarian Prime Minster Viktor Orban — who has taken a firm stance against the resettling of migrants in eastern Europe — sent condolences to Merkel.

“Yesterday, a heavy blow was dealt not only to the people of Berlin, but to the whole of Europe and to our common Christian values,” he said in a statement. “I can assure you that my government condemns every form of terror and violence, and stands ready to cooperate with Germany in order to guarantee the safety of Europe and its citizens.” 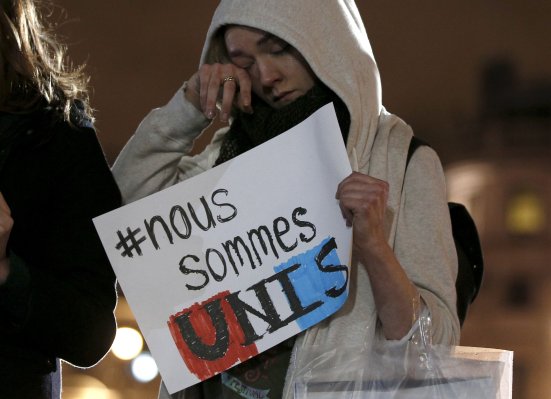