Republican presidential candidate Donald Trump (C) talks to reporters in the 'Spin Alley' after the first prime-time presidential debate hosted by FOX News and Facebook at the Quicken Loans Arena on Aug. 6, 2015 in Cleveland.
Scott Olson—Getty Images
By Olivia B. Waxman

President-elect Donald Trump continues to make headlines out of his relationship with the news media, tweeting criticisms of various news outlets on a regular basis, holding an off-the-record meeting with journalists on Sunday and fielding rumors that he may tweak the format of White House press briefings.

Presidents have taken questions from reporters on average every 15 days during the past three administrations, according to a recent NPR analysis of American Presidency Project data, while the “unofficial White House statistician” Mark Knoller of CBS News says the longest President George W. Bush went without talking to the press was 82 days. For President Obama, the number rose slightly to 86.

But, while Trump may take the gap between conferences to lengths unseen in recent years—if his transition is any indication—the inclination to keep the press at more than arm’s length is about as old as America is.

THE RIGHT TO REPORT

Journalists were not allowed to attend the Constitutional Convention, nor were they allowed into early state legislatures or the Continental Congress. Desperate times called for desperate measures, apparently, for Anne Royall, a gossip columnist, “sat on John Quincy Adams’ clothes on the bank of the Potomac until the bathing President granted an interview,” according to TIME’s review of a 1941 book on reporters covering presidents throughout history. But Philadelphia Free Press‘ social correspondent Emily Briggs, who wrote under the byline Olivia, was one of the first reporters to argue openly that what happened at the White House should be public knowledge because taxpayers paid for its upkeep.

“When we go to the Executive Mansion, we go to our own house,” she wrote in 1870. “We recline on our own satin and ebony.”

In the late 19th century, that right to know what was going on took on new levels of importance, as the nation experienced a series of shocks. First, newspapers sent reporters to Washington to cover the Civil War. Then, not two decades after the killing of Abraham Lincoln, the press came face to face with the 1881 assassination of President James Garfield. During the two-month period between when Garfield was shot and when he was taken to his New Jersey summer home, where he died, reporters for the first time covered the President at the White House around the clock.

So it’s perhaps unsurprising that the nonconsecutive administrations of Grover Cleveland, in the 1880s and ’90s, saw the invention of the White House reporter as we might recognize her today. William “Fatty” Price of the Washington Evening Star was one of the first reporters to work that beat. He started standing outside the gate of the Executive Mansion during Grover Cleveland’s second term and asking visitors leaving the building what their meetings had been about, according to the White House Historical Association. Meanwhile, Cleveland’s first-time private secretary Daniel Lamont (whose job was akin to that of today’s White House Chief of Staff) began the tradition of having a White House aide answer reporters’ questions, says Martha Kumar, author of Managing the President’s Message: The White House Communications Operation.

When Theodore Roosevelt came to the presidency, following another assassination (William McKinley in 1901), he continued the trend of increasing access for reporters. He treated his “newspaper cabinet” to regular direct conversation, typically during his early afternoon shave. In 1902, journalists got their own office in the West Wing. He “used favorite correspondents for ‘trial balloon’ stories,” TIME reported in an April 23, 1945, story about the White House press, with the expectation that he would deny the truth of the story if the reaction was a bad one. Even when he did, journalists “readily forgave him” because “he made such astounding copy,” the April 1938 issue of Fortune magazine reported.

Under Woodrow Wilson, press conferences went from invitation-only gatherings to events open to all reporters, Kumar says. The first press conference happened a little more than a week after his inauguration, when his private secretary Joseph Tumulty told reporters that the President would “look them in the face and chat with them for a few minutes” at 12:45 p.m. on March 15, 1913. When 125 newspaper staffers showed up, Wilson said, “I did not realize there were so many of you. Your numbers force me to make a speech to you en masse instead of chatting with each of you, as I had hoped to do, and thus getting greater pleasure and personal acquaintance out of this meeting.” The conference was moved to the following week, on March 22, and into the East Room.

But the President increasingly found these meetings “tiresome,” and questions “irrelevant,” according to the White House Correspondents Association, which points out that first question at Wilson’s Feb. 2, 1914, press conference asked for the President’s thoughts on Groundhog Day. During World War I, when the wartime Committee on Public Information (CPI) was created, the conflict became a convenient excuse to cancel many of the planned press briefings. (Kumar considers CPI a precursor to the communications apparatus established in the Nixon White House.)

Though not every president felt the same way—”Harding, after an ill-fated attempt to be frank, would answer only questions submitted in writing,” TIME wrote in 1945. “Coolidge dodged behind the anonymity of the ‘White House Spokesman’ and Hoover ruled that all questions had to be submitted 24 hours in advance”—it seemed the press access to the president had become an American institution. George Akerson, the Minneapolis Tribune‘s Washington Correspondent, became Hoover’s press secretary in 1929 and is considered the first White House staffer to fill the role that is later known as the press secretary, and Franklin Delano Roosevelt—who hosted nearly 1,000 press conferences, often twice a week, during his 12 years in office—brought the press conference to new levels.

“No other U.S. President had ever been so regularly accessible to newsmen,” TIME later noted. “From Rooseveltian press conferences came the first tip-offs on such big stories as the recognition of Russia, the devaluation of the dollar, TVA.”

The coming of World War II demanded secrecy, but the return to normalcy of the post-war years did not mean the presidential press conference went back to the way it had been. President Dwight D. Eisenhower’s press secretary, James Hagerty was the first to organize televised presidential press conferences. TIME rounded up news outlets’ reviews of the first one in the Jan. 31, 1955, issue and reported that the New York Post was surprised at how scripted it was:

In general, the number of press conferences that took place would decline sharply throughout most of the 20th century. Kumar argues that television is partially responsible for that change, as presidents adjusted to the switch from meeting reporters for off-the-record conversations to meeting with them on camera. (There were exceptions, of course: President Lyndon B. Johnson, made press conferences more casual. In fact, he once answered reporters’ questions about the economy aboard Air Force One while stripping down until he was “standing buck naked and waving his towel for emphasis,” as White House reporter Frank Cormier recalled in his 1977 book LBJ: The Way He Was.)

Until 1969, the press corps’ offices were in the northwest corner of the West Wing, and press secretaries briefed journalists in their own offices. But Richard Nixon didn’t want the growing White House press corps coming in and out of the West Wing. In addition to establishing a communications office to publicize the administration’s goals and work with out-of-town press, he decided to designate a “Briefing Room” by putting a floor over the White House swimming pool “to keep his distance” and keep presidential visitors and White House staff away from reporters, Kumar says. (The Old Press Room is currently the National Security Adviser’s office.) When it opened in 1970, the Washington Post said it looked like “the lobby of a fake Elizabethan steak house when the stage is hidden behind curtains.” Ronald Reagan’s press secretary James S. Brady, for whom the Briefing Room is named, used to joke that he and Reagan “always planned” on installing a trap door so reporters who “got out of line” would fall into the swimming pool if he pushed a button on his podium.

President Bill Clinton’s press secretary Mike McCurry started the custom of televising live White House press briefings held by press secretaries rather than presidents — the format that’s up for debate today. But in general, Kumar says, while each new president may put his own spin on the press conference, there’s a reason why the idea, once it was implemented, has proved enduring.

“There were questions when Eisenhower came in whether to keep reporters in the White House, and Nixon thought about not having a press secretary,” says Kumar. “Ultimately what happens is that presidents and their staff recognize that having, on a daily basis, about 100 reporters, TV crew and photographers there to carry your message to the public, is a resource — and you don’t have to even pay for it. Generally you accept the practices that precede you, but there’s flexibility in how you do it.” 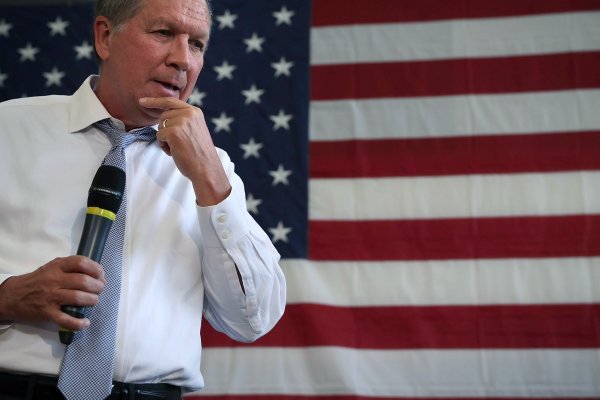