The moon moving to cover the sun, leaving a ring of fire effect around the moon, during an annular solar eclipse, on September 1, 2016, as seen in Saint-Louis, on the Indian Ocean island of La Reunion.
RICHARD BOUHET—AFP/Getty Images
Ideas
By Nate Hopper
Hopper is a former Ideas Editor for TIME.

[The following text appears within a diagram. Please see a hard copy of the Dec. 26 issue for the actual diagram.]

Lin-Manuel Miranda, creator of the smash musical Hamilton, about America’s first Secretary of the Treasury, struggles to come up with a rhyme for the surname of the incoming appointee: Mnuchin.

The Supreme Court declares that intelligent robots are people too. Robots find the classification beneath them.

On Aug. 21, there will be a total solar eclipse, the first visible in the contiguous U.S. since 1979; relieved of its view of the world, the sun decides to stay behind the moon.

IT’S TIME FOR A SPACE STAYCATION

After the eclipse begins, Boeing and SpaceX move up their manned space trials, enabling more of us to join the sun in hiding.

For his Inauguration, President Trump opts to just retweet the oath of office.

THE SUPER BOWL WILL TEAR US APART

After unpublished songs from the late Prince’s archive debut, the Left Coast parties so hard that California quakes and breaks into the sea, finally giving the state the secession many of its liberals wanted.

Climate-change deniers point out that polar bears have always looked that sad.

THE INTERNET OF HACKINGS

After successfully disrupting the 2016 U.S. presidential election, hackers turn their attention to the final four on The Voice. 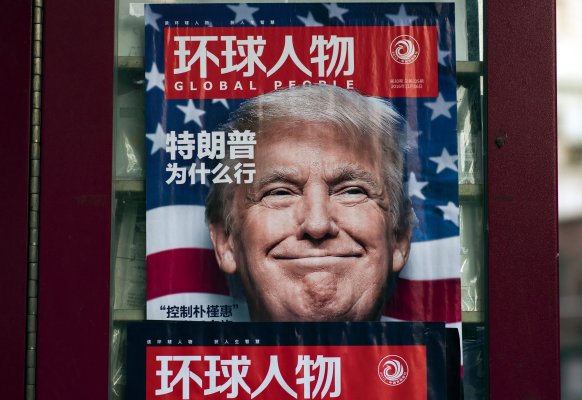 Donald Trump’s Shock Doctrine Will Make China Even Stronger
Next Up: Editor's Pick