An advertisement for a magazine featuring U.S. President-elect Donald Trump on the cover at a news stand in Shanghai on December 14, 2016.
Johannes Eisele—AFP/Getty Images
Ideas
By Yoichi Funabashi
Funabashi is the chairman of Tokyo-based think tank the Rebuild Japan Initiative Foundation.

In the year ahead, the greatest challenge to the Asia-Pacific region will come early and it won’t be from within. Jan. 20, 2017, President Donald Trump’s Inauguration Day, will be a key turning point that initiates a major strategic realignment in the Asia-Pacific. This may be remembered as the year that the U.S. went from regional security provider to destabilizing force. If Obama’s Asia “rebalancing” strategy was premised on the region’s becoming the political and economic center of gravity in the 21st century, then the unintended consequence of America’s retreat could be the premature end of the “Asian century” before it even gets going.

A Trump presidency promises to collapse the Obama Administration’s “pivot” to Asia on three fundamental levels. The first is economic: by pulling out of multilateral free-trade agreements like the Trans-Pacific Partnership, the U.S. will become further disengaged from the region. Second, Trump wants America’s allies to take the lead in security matters and the U.S. to reduce its role. Finally, his empowerment of right-wing populism threatens to alter the perception of the U.S. as a model to be followed. The greater risk of these nationalist policies, however, is that America will no longer be viewed in the region as a benign hegemon. If America steps back by choice, by consequence it will also be less welcome.

Indeed, Trump is ushering in a “Nixonian moment” in U.S. foreign policy. In the context of the Vietnam War, a trade deficit and domestic pressures to limit imports, Nixon initiated a series of “shock” policies to revitalize the U.S. economy and re-evaluate America’s global role. Shifting to a transactional approach toward regional security partners, he began an “Asianization” of the war—a surprise rapprochement with China, and the unilateral cancelation of the convertibility of the dollar to gold. The destabilizing effect of any “Trump shocks” today, however—whether withdrawing from commitments to the region or redefining U.S.-China ties without the involvement of America’s allies in Asia—would be monumental.

Asia is nearing an inflection point where the unfinished business of the 20th century, namely the North/South Korea divide, territorial disputes and the matter of Taiwan, will once again emerge as the focal points of geopolitical risk in the region.

In North Korea, the U.N. sanctions regime is failing to bring a halt to Pyongyang’s nuclear program. Undeterred by both sanctions and the changing strategic landscape in Asia, North Korea has conducted five nuclear tests since 2006—two of them in 2016. The South, wracked by internal political turmoil, now faces the dilemma of choosing between China, its neighbor and largest trading partner, and the U.S., its ally. President-elect Trump has signaled a disengagement from the Korean Peninsula at precisely the time it needs a deep commitment from America.

The importance of Taiwan, meanwhile, is shifting from primarily a political battleground to a geostrategic one. Its geographical position between the disputed East and South China Seas has redefined its significance. It’s unclear whether the Trump Administration will try to break from the past and use Taiwan as a pawn—as the President-elect’s controversial phone call with President Tsai Ing-wen might suggest—or conversely if it will decide to cede ground to Beijing and thus embolden China to escalate its assertiveness in the disputed territory. Either way, the U.S. will further destabilize an already tense dispute.

Doubts over America’s commitment have encouraged traditional allies and partners in the region, such as the Philippines, Thailand and Malaysia, to start hedging against an American retreat by “separating” from Washington and courting Beijing. China can use its economic pull to draw Asian nations into its geopolitical orbit, creating a zero-sum “with us or against us” dynamic to edge America aside.

In a region that hitherto has been secured by a strong U.S. presence and is in need of a quiet and incremental rebalance as China continues to rise, the “disruption” factor of U.S. policy toward Asia will be the biggest risk to watch out for in the year ahead.

Funabashi is the chairman of Tokyo-based think tank the Rebuild Japan Initiative Foundation. 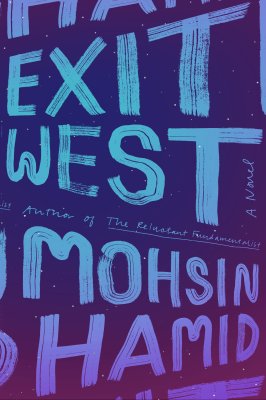 Refugees Through the Looking Glass in "Exit West"
Next Up: Editor's Pick