When Syrians poured into the streets in March 2011 to demand an end to President Bashar Assad’s repressive regime, in the country’s largest city, the first protests were small. It was not until 2012, after peaceful demonstrations had turned to armed resistance, that rebel fighters captured a section of Aleppo and the city took its place as the epicenter of the Syrian crisis.

Against overwhelming odds, the rebels managed to hold on to their portion of the divided city for more than four years, even as Assad’s tanks and artillery pounded the opposition-held neighborhoods and Russia’s air force began pummeling the city in the fall of 2015. They continued to fight as the shelling shattered much of Aleppo and forced hundreds of thousands to flee. As Assad’s forces and allied militias surrounded the rebel stronghold this year, they hunkered down.

Now the moment of Assad’s triumph has arrived. The forces supporting him seized the majority of the opposition sector of Aleppo in a furious assault launched shortly after the U.S. election, trapping the rebels in a tiny corner of the city. As they advanced, the government forces and their militia allies killed at least 82 civilians, including some in civilian homes, according to the U.N. human-rights office. Facing death or capture and torture at the hands of proregime forces, the rebel gunmen accepted a deal to leave the city. Finally, on Dec. 15, green government buses began ferrying thousands of civilians from the enclave.

“It’s so painful for people here to leave this land where they lived all their life,” says Abdulkafi al-Hamdo, a teacher and activist who had been living in the rebel-held section, in a voice message recorded early on Dec. 14, after the evacuations were agreed upon. “A lot of people are crying now. They were crying yesterday because they thought they might die at any moment. Now they are crying because they are leaving their homeland.”

The fall of Aleppo is Assad’s most important victory in over five years of war. By retaking the city, he ensures his regime’s survival in so-called essential Syria: the Mediterranean coast and a spine of cities running down the country’s west side, home to the majority of the remaining population. (Much of the land remaining in the opposition’s hands has been depopulated by years of Assad’s shelling and airstrikes.) By surrendering in Aleppo, the rebels lose a city that was the icon of their struggle and a symbol of Syria’s trauma. “I think we’re headed into a very dark place for Syria,” says Lina Sergie Attar, a Syrian-American architect and writer from Aleppo now based in Chicago. “I can see how we would revert back into the old past that we had of people living under complete silence and fear.”

But the recapture of Aleppo will not end Syria’s war. The various rebel groups will continue to fight for the regions where they still operate, including a zone in the north where the Turkish military is deployed. Kurdish-led militias still hold a section of the country. And the jihadists of the Islamic State are still an active force–on Dec. 11, ISIS retook the ancient Syrian city of Palmyra, demonstrating that they are far from defeated. Assad’s own side is fractured, with Russian, Iranian, Iraqi and Lebanese Hizballah forces all fighting with differing goals and ideologies.

But the fall of Aleppo does suggest a shift in the global balance of power. Whatever Donald Trump decides to do once in office, Russia can claim a victory on the world stage in Syria. Its campaign seized the initiative on a strategic level, forcing the U.S. to choose among bad policy options and finding the Obama Administration powerless to change the reality on the ground. It now appears America’s only tool is denunciation. Speaking at the U.N. Security Council on Dec. 14, U.S. envoy Samantha Power condemned the Assad regime, Russia and Iran over reports of atrocities in Aleppo, saying, “Are you truly incapable of shame? Is there literally nothing that can shame you?”

The battle for Aleppo is over, but Syria’s agony and the regional chaos the conflict created will continue. In a video circulated on Dec. 15 by opposition media, a resident preparing to evacuate the city spray-painted a message on what appeared to be the door of a shop: “Aleppo, we’re coming back.” 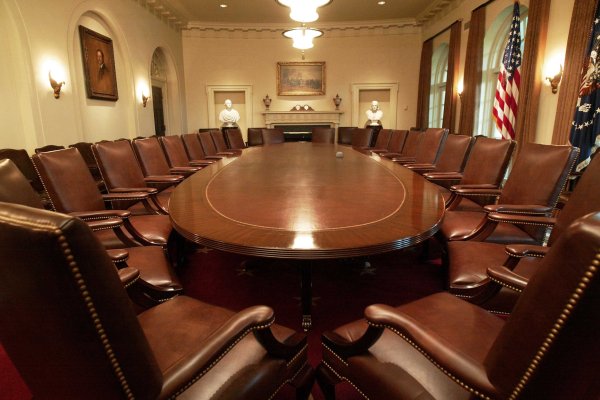 The Era of American Global Leadership Is Over. Here's What Comes Next
Next Up: Editor's Pick