Grocers are now selling imperfect produce, which often goes to waste simply for being unattractive.
Stephanie Gonot for TIME
By Katy Steinmetz

Pristine produce will have less photogenic–and also less costly–cousins in the fresh-food aisles. That’s thanks to a growing effort to reduce waste by farmers and grocers, particularly the waste of wholesome, if somewhat unsightly, fruits and vegetables. In the U.S., up to 40% of food goes to waste–that amounts to a per-household cost of about $2,200. Meanwhile, the U.N. estimates that some farmers chuck 20% to 40% of less-than-flawless-looking plants simply because they aren’t pretty enough to meet retailers’ expectations. But now, even large grocery chains are developing an appetite for the ugly stuff.

In early 2016, Whole Foods launched a program with the nonprofit Imperfect Produce to start stocking some of its stores in Northern California with knotty potatoes and blemished oranges. At a Brooklyn location, another Whole Foods started a program selling “ugly greens.” Walmart, the largest grocery retailer in the U.S., has gotten in the game too, selling wonky potatoes and apples with patchy exteriors. Hy-Vee, another chain, has promised to stock all of its 242 locations with aesthetically challenged goods as well. Imperfect produce, proclaims a sign on one of its displays in the Kansas City area, Is perfectly delicious and nutritious.

Airbnb bills itself as the soulful alternative to the hotel: a way to stay in a real neighborhood, mingle with real residents and see the real heart of a city in a way tourists on double-decker buses never could. In that spirit, the $30 billion home-sharing company launched a new feature in November that takes immersive travel one step further: “Experiences,” or paid activities led by locals. The company plans to offer food-related ventures, like foraging with an Italian truffle hunter, in 51 cities by the end of 2017.

Other, smaller startups are also banking on the idea that travelers can be best connected with locals by way of their stomachs. “It’s getting harder for people to find the kind of authentic experiences they want,” says Aashi Vel, whose company, Traveling Spoon, offers access to homemade meals and cooking lessons in countries like Thailand and India. The model plays to the belief that the less readily an experience can be replicated, the better it is. “Gone are the days when exciting dining meant Michelin stars,” Vel says.

At Cockscomb, a restaurant in San Francisco’s Mission Bay neighborhood, some burgers are delivered to tables with little flags stuck in the top buns that read Impossible. It’s a reference to the startup that makes the patty, Impossible Foods, as well as what that patty is supposed to be: an impossibly meatlike vegan burger that took five years to produce and launched at a handful of restaurants in 2016.

It’s not the only company trying to win over consumers with imitation meat that is meant to look, feel and, yes, even “bleed” like the real thing. While food companies have long tried to woo vegetarians with patties made from sweet potatoes and chickpeas, new companies like Beyond Meat are trying to convert the omnivorous set to plant-based protein too. Making burgers out of plants instead of animals takes far less land and a quarter of the water, says Impossible Foods’ David Lee. When you consider the fact that Americans eat about 271 lb. of meat per year, any dent in that total could mean real progress for the environment.

4 Robots are the new chefs

It’s not quite in the realm of The Jetsons, but many companies are trying to harness the power of robots and artificial intelligence to make our food–a trend that’s only expected to grow in the coming years. California-based Zume Pizza, for instance, employs robots that spread sauce and plop pies in the oven, baking them on the way to customers. Other outfits are working on “intelligent” appliances like ovens and refrigerators that sense the food inside and make suggestions about how best to cook it, whether that’s estimating roasting times based on weight or offering recipe options based on the ingredients you already have at home. Moley Robotics, headquartered in the U.K., is among the most ambitious, developing a robotic kitchen that is set to launch in 2017. Two robotic arms can be instructed to whip up a crab bisque from start to finish; the company plans to “teach” them to imitate the techniques of actual chefs. At a price of nearly $100,000, the suite isn’t going to be adopted by the masses, but it’s a reminder that the future of automation is on its way.

A particularly memorable episode of the TV show Portlandia, which pokes fun at the hipster excesses of Portland, Ore., features two diners so desperate to know about the provenance of their chicken that they abandon the restaurant and travel to the farm where it was raised. The joke, however hyperbolic, plays on a real and growing consumer desire for transparency about food–which has companies working to meet that demand through technology.

Using an app on your smartphone, scan a QR code marking the seafood from Red’s Best, a company that operates in the Boston area, and up pops information about where and when the fish was caught (as well as the name of the boat). Pippin Foods, a New York–based startup that aims to connect grocery stores with farmers, launched a pilot program in December in which tablets will be put alongside produce sections. Shoppers can read about the farm where their squash was grown and the methods the farmer used to grow it. Consumers will also be able to download the company’s app to see what items are in stores or on the way there from farms.

Beer is having a moment. The number of breweries in the U.S. has reached a record high of more than 5,000, with about 2,000 more in the planning stages. The vast majority of those are independent craft operations catering to the public’s growing obsession with all things small batch. “The rise of the smallest of small local brewery is very strong,” says Julia Herz of the Brewers Association, a trade group for the beer industry.

Some in the new wave of breweries are improbably teeny–they’re called nano-breweries for a reason–occupying only a few hundred square feet and brewing just one or two barrels at a time. (A single MillerCoors facility in Colorado, by comparison, brews an average of about 35,000 barrels per day.) Chris Higgins opened his mini tap room in Middlebury, Ind., in May with a one-barrel-at-a-time system and 21 varieties of beer. Part of the attraction for people like him, he says, is the low startup cost and the ability to try a slew of new recipes on a whim. “That’s the beauty,” he says, “of a nano.”

From the Arctic to America’s urban centers, farmers are harvesting crops in inhospitable landscapes by growing indoors, without soil or sun. Companies are nurturing leafy greens in climate-controlled shipping containers and converting whole warehouses into incubators for kale. Why? Because indoor farming can bring fresh local food to places it can’t usually be found and can make use of space that might otherwise sit unproductive. Some believe that indoor cultivating, which allows for growing year-round, will be necessary as the world population increases and arable land area does not.

Many are applying a method that marijuana growers have long perfected in their garages: hydroponics, which uses solutions like nutrient-rich water rather than soil to grow plants. That’s part of the recipe for startups like Square Roots, which opened several shipping-container farms in a Brooklyn parking lot in 2016. Focused on fostering food entrepreneurs in unlikely places, the business is now helping several of them sell their container-grown food around the city and hopes to have similar operations set up in 20 cities by 2020. “Demand for local food massively outstrips supply of local food,” says CEO Tobias Peggs. “It doesn’t matter how much food we grow–there’s a market for it.” 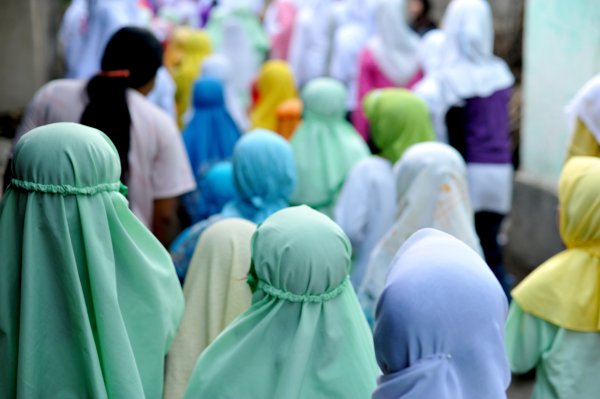