Lawmakers on all sides in the Philippines are now demanding President Rodrigo Duterte come clean about his health, following revelations last week that he had been abusing the same potent opioid painkiller that killed the singer Prince.

Known for waging a ruthless and very deadly drug war since he took office in June, Duterte faces tough questions following his admission last Monday that he had abused fentanyl — prescribed, he said, to relieve pain caused by spinal injuries suffered from motorbike accidents.

Duterte said that his doctor ordered him to stop using the powerful painkiller because he was “abusing the drug” by going beyond the prescribed dosage, reports the Philippine Star.

While Duterte has since claimed he was only joking — “Fools, I just made up that story and you believed it,” he reportedly said Saturday — his backpedalling has failed to allay concerns from both allies and rivals alike, with both calling on him to be more transparent, according to Agence France-Presse (AFP).

Congressman Carlos Zarate, a Duterte ally, said that concerns over Duterte’s bill of health would be better addressed if a medical bulletin was released and “his physician explains how the President manages the pain that he suffers.”

Senator Leila de Lima — the leading voice of opposition to Duterte’s drug war — added that concerns raised by this revelation could extend to “the impact or side effects that the medications he is taking may have, especially on his lucidity and ability to make decisions with a clear mind,” AFP reported.

Duterte subsequently insisted in an interview with the BBC that he is “not an addict,” saying that “addiction is only with regularity.”

Fentanyl is an opioid many times stronger than morphine according to the U.S. National Institute on Drug Abuse. It and other synthetic opioids were responsible for 9,580 overdose deaths in the U.S. in 2015.

According to the latest figures, more than 6,000 people have been killed in Duterte’s extrajudicial war on drugs. 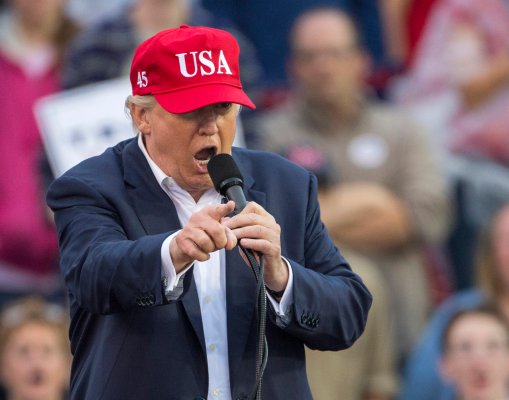