President-elect Donald Trump speaks to supporters during a rally at the Giant Center on Dec. 15, 2016 in Hershey, Pennsylvania.
Mark Wilson/Getty Images
By Katie Reilly

President-elect Donald Trump lashed out early Saturday at China for its seizure of a U.S. underwater drone in the South China Sea.

“China steals United States Navy research drone in international waters – rips it out of water and takes it to China in unpresidented act,” Trump said on Twitter, later correcting the misspelling to “unprecedented.”

The drone was seized by the Chinese navy on Thursday off the coast of the Philippines.

“It is understood that China and the United States are using military channels to appropriately handle this issue,” China’s Foreign Ministry said in a statement, according to Reuters.

In the weeks since he was elected, Trump has added controversy to the U.S. relationship with China, taking a phone call from the president of Taiwan and then suggesting that the U.S. might no longer recognize the longstanding “one China” policy.

China has moved to claim the South China Sea as its own territory, sparking pushback from the U.S. and others in the international community. 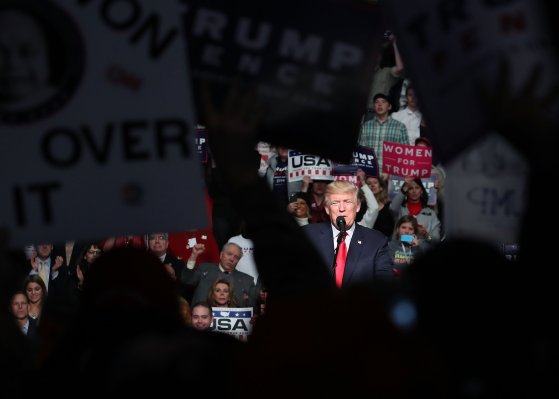 Trump: Supporters Were 'Vicious' During the Campaign
Next Up: Editor's Pick