There are tons of movies about parents and their children. But there’s nothing quite like German filmmaker Maren Ade’s Toni Erdmann, a seemingly simple story about a practical-joker dad, Winifred (played by Austrian actor Peter Simonischek), who launches an unusual plan to loosen up his high-strung consultant daughter, Inès (Sandra Hüller). Winifred is a long- divorced and extremely rumpled music teacher living somewhere in provincial Germany, with an ancient and very tired dog as his only companion. His shaggy crop of grayish hair looks as if it hasn’t seen a comb since the fall of the Berlin Wall. Inès, working on a tense assignment in Bucharest, comes home for a birthday visit but barely has time for her father. She’s a woman who, sometimes even in her leisure hours, dresses in trim, dark, boyish suits and extremely high heels, her blond hair wound into a tight French twist. In fact, everything about Inès is wound tight, and it’s clear she has very little patience for Winifred, who’s so freewheeling you almost wonder how he can survive in the world.

When Winifred’s dog dies, he shows up in Bucharest, at Inès’s door, with a rolly suitcase in hand and a set of giant false choppers in his breast pocket. Those crazy fake teeth go wherever he does—he pops them in whenever there’s a moment of tension, but more often just because. The funny teeth are old news to Inès, and she grudgingly tolerates them—and Winifred—before sending both back home. Or so she thinks.

Toni Erdmann is a comedy (mostly) that runs for nearly three hours. What sane person makes a two-hour-and-40-minute comedy? But Ade—who won the Silver Bear in Berlin in 2009 for her romantic drama Everyone Else—is in control every instant, and the minutes fly by. To say Toni Erdmann is funny doesn’t even begin to capture the out-there texture of the jokes, and of the actors’ timing. When Winifred shows up in a disguise even more outlandish than his normal undergroomed state, posing as a life coach in order to shock and amuse his daughter’s hoity-toity friends and colleagues, she snaps at him: “Do you have plans in life other than slipping fart cushions under people?” Winifred replies, huffily, “I don’t have a fart cushion.” And then gets one, pronto. His antics wear her out at first, and then they wear her down.

Eventually, accord is reached in the quietest and most believable way possible—it sneaks up on the characters, and on us. In the course of this strange and marvelous father-daughter cat-and-mouse game, Ade spins out dozens of luminous, shimmering ideas that speak to the way most of us live, and might even challenge us to rethink how we see our parents and our children. How far, really, does the apple ever fall from the tree? Are the flaws we see in our parents sometimes really a kind of strength? In a world that never slows down, let alone stop, how do we keep our work from sapping our lifeblood? Ade can’t answer any of those questions definitively, but the faces of her actors—sometimes quizzical, sometimes annoyed, ultimately alive with the kind of relief that comes only from jettisoning the BS of modern life—guide the way. The radiance of Toni Erdmann is no joke. 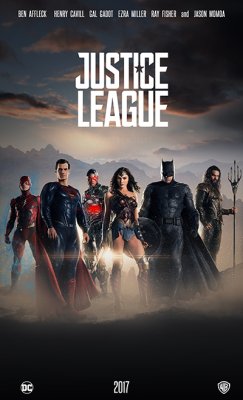 Once You Notice the 'Smurfette Principle' on Movie Posters, You Can’t Un-See It
Next Up: Editor's Pick