Peter Sokolowski, editor-at-large for Merriam Webster, believes people are drawn to the dictionary for intellectual comfort—that cathartic moment when you find a definition that perfectly articulates something you have been wanting to express. In 2016, it appears that definition came under the heading of surreal for many people—a word that English speakers habitually turn to in unbelievable times, and Merriam-Webster’s choice for the “Word of the Year.”

Modern dictionary makers have the ability to know what humanity is struggling to understand at any given moment, by tracking spikes in the words that are being looked up; we may turn to Google to search for anything, but we turn to the dictionary to search for meaning. A definition that fits just right, says Sokolowski “actually brings some kind of order to somebody’s life in that moment,” and surreal is a word people turn to when they’re trying to bring order to “the chaos of the news.”

This year, as we woke to find a proverbial garbage fire lit in our driveways each morning—or at least what felt like each morning—surreal spiked time and again, just like it had in previous years after 9/11, after the Newtown shootings, after the Boston marathon bombings and after Robin Williams committed suicide. It spiked in March after terrorists attacks killed or wounded more than 200 people in Brussels. It spiked after Turkey broke into bloodshed in July, when a deadly military coup was staged against President Recep Tayyip Erdogan. It spiked after a heavy-duty truck tore through crowds of people gathered in Nice to celebrate Bastille Day.

But the biggest spike came in November, after a U.S. presidential election upended everything that millions of people thought they knew about American politics. For those who feel more like they’ve been in a nightmare than a dream since Nov. 8, the very existence of a definition that sums up that reeling feeling can be reassuring, because that means many other people in many other circumstances have felt that way before. And yet here people stand.

Lots of spiking words only spike because they are “cued” by headline writers, who are basically the only people who use them, says Sokolowski, like when journalists use the word temblor to describe an earthquake. Not so with this one. “The word surreal is always spontaneous,” he says. “It’s not cued by the press. People simply go to the dictionary. And that tells me something. … This is something that must have helped somebody, at some moment, understand what we were all going through together.”

Merriam-Webster’s is the third of four major “Word of the Year” selections. The American Dialect Society, which basically invented this tradition, won’t make its pick until January. But the other two that have been announced so far also reflect the tumult of 2016. Oxford chose post-truth to sum up “a year dominated by highly-charged political and social discourse” and marked by distrust. Dictionary.com chose xenophobia because there were so many fears raised about so many “others.”

Among runners-up for Merriam-Webster were bigly (which spiked because people misheard Donald Trump’s repeated use of big-league), deplorable (thanks to one of Hillary Clinton’s biggest gaffes of the election) and revenant (courtesy of Leonardo DiCaprio and a bear).

Here’s hoping that 2017 brings calmer times that get summed up with something more akin to Oxford’s pick last year: an emoji shedding tears of joy. 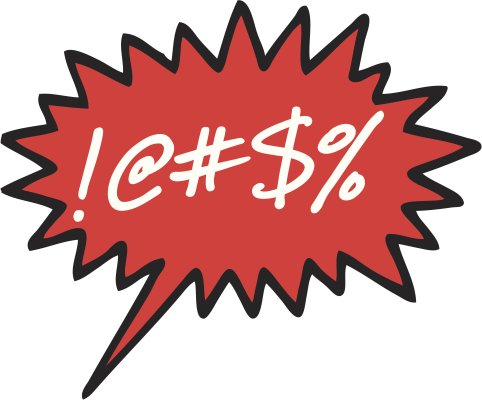 Swearing Is Scientifically Proven to Help You *%$!ing Deal
Next Up: Editor's Pick