Even if you didn’t see August Wilson’s Fences onstage, you can get a sense of its bones by watching Denzel Washington’s film adaptation: They shine through like a radioactive skeleton. But that’s not enough to make Fences an effective piece of filmmaking—a shame, because every actor in the cast, including Viola Davis, Mykelti Williamson and Washington himself, does terrific work here. By themselves, they make the movie worth seeing, though in the end, it feels too much like a school assignment. Washington approaches the material with canonical reverence, but that isn’t the same as shaking it up and bringing it to life on-screen.

Washington stars as Troy, a Baltimore sanitation worker in 1950s Pittsburgh who works hard to make a decent home for his wife, Rose (the always vibrant Davis), and teenage son, Cory (Jovan Adepo). Troy is an exuberant presence, always putting on a show when there are outsiders around, like his pal and co-worker, Bono (a marvelous Stephen Henderson). But Rose and Cory see another side of him, and they see right through him: Though his wife is loyal, and truly loves him, he tests her limits by dropping a marriage-shattering bombshell. Meanwhile, Cory’s conflicts with his father have been simmering for ages, despite Rose’s attempts to keep peace in the household. Cory is a gifted football player, poised for a college scholarship, but Troy—a failed athlete—demands that he prioritize his after-school job over practice, effectively choking off the kid’s dreams.

It’s almost impossible to take sides in Fences. The material is constructed so you feel sympathy for everyone, including—and perhaps especially—Troy. He’s angry, frustrated and guilt-ridden, for reasons that are blazingly easy to understand. He has a brother, Gabriel (Mykelti Williamson), whose war injuries have caused him to regress to a childlike state—Troy has benefited financially from Gabriel’s condition, and that anguishes him. His own youthful dreams of being a star athlete were shattered. Plus, he’s a black man in 1950s America, a state of being that needs no more explanation.

Washington is a sensitive actor who dives deep to capture Troy’s bruised, angry essence. And as a director, he captures the rhythm and texture of everyday lives beautifully—of cakes made for church bake sales, of chairs set out in the yard so people can sit for a spell with visitors or just unwind alone and think, of piles of leaves that need to be raked, of roofs waiting to be replaced. But more often, the film spells everything out in bold letters. That approach can work onstage but, on film, it reads as a kind of illustrated Braille, a language heavy with diagrammatic symbols just in case you’re not feeling enough. When Troy teases Rose flirtatiously, Washington cuts to show her laughing, just so we know she finds the joke funny. In theater, there’s no such thing as a reaction shot. When the director and the actors are doing their job, you know where to look. Fences would be a better movie if Washington trusted us more. He’s doing too much of our job for us, and he doesn’t have to work that hard. 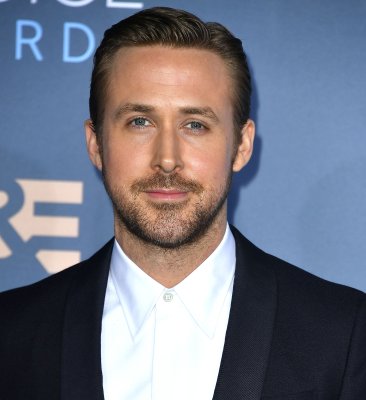 Watch the Ominous Teaser Trailer for Blade Runner 2049
Next Up: Editor's Pick