“Swing-state voters made their decisions in the final days breaking against me because of the FBI letter from Director Comey,” Clinton said to donors Thursday night, the New York Times reports, referring to Comey’s announcement 11 days before the election that the agency would be examining additional emails related to her use of a private email server while she was Secretary of State.

On Russia, Clinton said the nation wanted to “undermine our democracy” and that Putin has a “personal beef” with her because she said the 2011 Russian parliamentary elections were rigged.

“Putin publicly blamed me for the outpouring of outrage by his own people, and that is the direct line between what he said back then and what he did in this election,” she said.

Clinton’s comments came as President Barack Obama vowed to “take action” against Russia for its suspected attempts to interfere in the U.S. election. President-elect Donald Trump and his team have pushed back on the accusations against Russia, saying the focus on pre-election hacks are an attempt to undermine Trump. 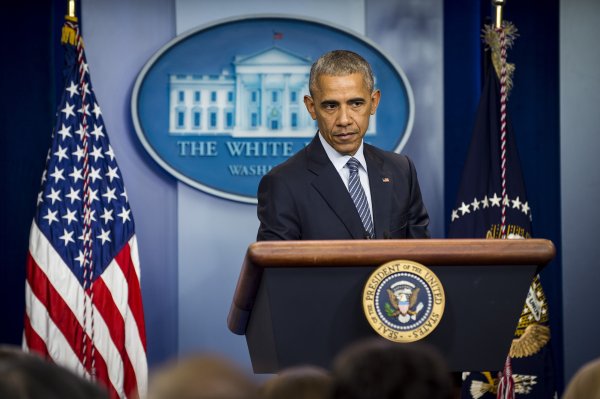