President-elect Donald Trump speaks during a rally at the Giant Center, on Dec. 15, 2016, in Hershey, Pa.
Matt Rourke—AP
By Tessa Berenson

David Friedman, a bankruptcy lawyer, said in a statement that as ambassador he would work to “strengthen the unbreakable bond between our two countries and advance the cause of peace within the region, and look forward to doing this from the U.S. embassy in Israel’s eternal capital, Jerusalem,” Reuters reports.

The United States and most other countries in the world do not accept Jerusalem as Israel’s capital because of complications over the city’s status; Israel established itself in West Jerusalem in 1948 and then annexed East Jerusalem after the 1967 Six Day War. Most foreign embassies, including that of the United States, are currently located in Tel Aviv.

During his presidential campaign, Trump also told Israeli Prime Minister Benjamin Netanyahu that he would recognize Jerusalem as the capital, and promised to move the embassy from its 68-year home in Tel Aviv. 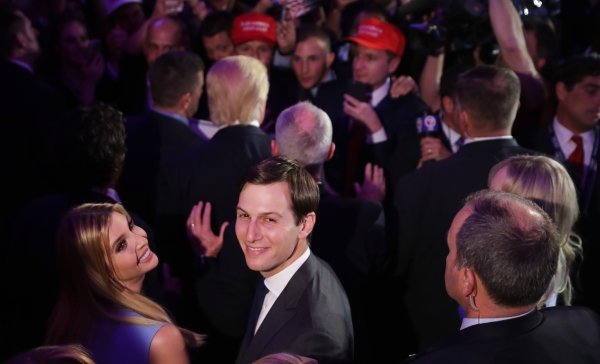 4 Ways Trump Might Try to Hire Family in the White House
Next Up: Editor's Pick