A 12-year-old boy attempted to commit attacks on a Christmas market and near a town hall in Ludwigshafen, western Germany, in the space of just over a week, officials say.

Hubert Stroeber, a spokesman for the local prosecutor’s office, told Reuters that the boy, who is German but of Iraqi heritage, tried and failed to detonate a nail bomb at the Christmas market on Nov. 26 and then planted another self-made explosive device in a backpack near the town hall on Dec. 5. A passer-by drew the police’s attention to the abandoned backpack, and specialists destroyed it in a controlled explosion.

The boy was possibly controlled by ISIS, according to the German magazine FOCUS. The “religiously radicalized” boy was “instigated [by an] unknown member” of the terrorist organization and had been planning to flee to Syria last summer, it reports. Authorities also told television network ZDF that the boy had been radicalized via social media and the internet.

A spokesman at the Federal Public Prosecutor Office in Karlsruhe confirmed that officials were investigating the case but declined to comment on any possible Islamic State link, Reuters states.

As the child is 12 and Germany’s age of criminal responsibility is 14, the boy was not arrested but reportedly taken into foster care instead. Hubert Stroeber, a spokesman for the local prosecutor’s office, told NBC News that an investigation would be “turned down” because of the boy’s age. 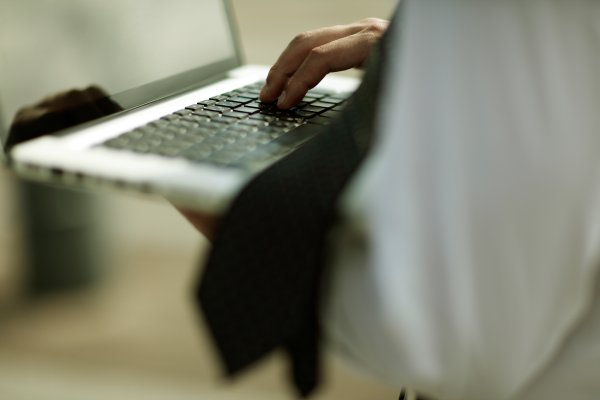 Thailand Ponders Even Stricter Internet Controls
Next Up: Editor's Pick