As one of the most iconic villains of all time, Darth Vader has had his fair share of intimidating onscreen moments. From Force-choking the Empire’s commanding officers to cutting off his own son’s hand, the Dark Lord of the Sith has proven himself to be a ruthless and unforgiving leader throughout the Star Wars saga. But it’s not until Rogue One—the franchise’s first standalone film—that Vader finally gets the moment many fans have always wanted to witness.

We see a pre-suit Vader murder the Jedi left in the Temple—including the younglings—after Emperor Palpatine executes Order 66 in Revenge of the Sith, but most of the atrocities he commits to earn his reputation as the most feared man in the galaxy occur offscreen, during the 19-year interim between Revenge and A New Hope.

Rogue One—which is set just prior to the events of New Hope—ends how Episode IV begins, with Princess Leia in possession of the Death Star plans stolen by Jyn Erso and her Rebel crew. However, it’s during the sequence before this scene that Vader demonstrates the full extent of his abilities.

As a group of soldiers aboard a Rebel ship receive the chip containing Jyn’s crucial transmission, Vader’s heavy breathing is suddenly heard from a darkened corner of the room. What follows can most aptly be described as a slaughter, as the Sith Lord—using both the Force and his signature red lightsaber—mercilessly takes out everyone in his path.

The scene is the perfect transition into the original trilogy, demonstrating the extreme evil Vader is capable of prior to his introduction as Imperial head honcho in New Hope.

If you only knew the power of the Dark Side, indeed. 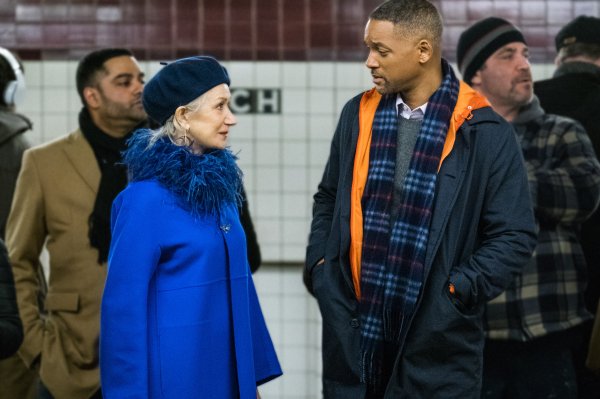