The 2017 Essence Festival Concert Series will feature Mary J. Blige, Solange, Master P, John Legend, Teyana Taylor and, performing there for the first time, Diana Ross. Essence announced the initial lineup for its annual series, which will take place at the Louisiana Superdome in New Orleans from June 30 to July 2, on Thursday.

This will be the 23rd Essence Music Festival, also known as Essence Fest. The event was originally conceived to commemorate the 25thanniversary of Essence magazine, and has since evolved into one of the largest annual music festivals in the country. It’s also become acultural and economic boon to New Orleans. A highlight from the 2017 series is expected to be a special night themed My Path to Strength featuring Mary J. Blige, who will be introducing her new album, “Strength of a Woman.” Blige has headlined the festival before, and this night was conceived with her particular fans in mind.

“This year’s Festival lineup puts women at the forefront of an incredible weekend of entertainment featuring more than 40 of the world’s most gifted artists and performers,” Essence President Michelle Ebanks said in a press release. “It is an honor to welcome the inimitable Diana Ross to the Festival for the first time.”

Tickets to the festival start at $126 and will be available beginning Friday, December 16 at 10 a.m. ET. 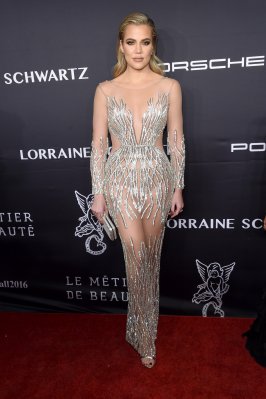