Two would-be burglars were foiled Saturday when one of them accidentally pocket dialed 911 while sitting outside the Kentucky restaurant they were allegedly making plans to rob — that the local police chief also happened to be eating at. According to the Danville Advocate-Messenger, Danville Police Chief Tony Gray was dining at Brothers BBQ when he was notified by a fellow officer that there was a possible robbery in the works.

“There was some conversation about when they should do it, they might be recognized if they do it in Danville, and I think they did talk about some different locations,” Gray said. “Somewhere in the conversation my name was brought up.”

Luckily, police dispatch was able locate where the call was coming from, enabling officers to apprehend the two men, who were later identified as Robert Bourne and David Grigsby. “They were pulled out the vehicle and patted down, found a mask on one of the suspects,” Gray said, noting that no weapons were found in the car.

The two were both charged with public intoxication, but have since been released on their own recognizances. 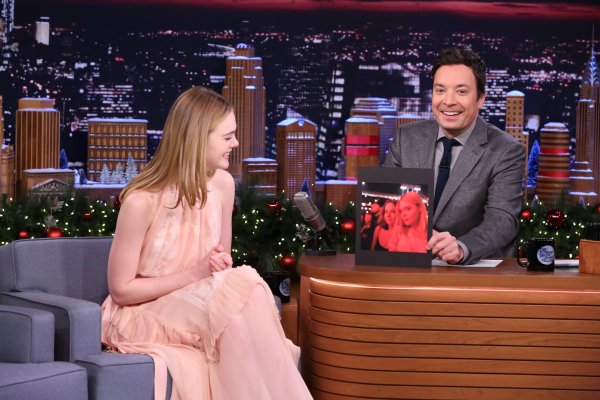 Elle Fanning Was Mostly Watching Channing Tatum at the Beyoncé Concert
Next Up: Editor's Pick