Thanks to artificial intelligence, the automobile — that most American of possessions — is being remade. Self-driving cars from Google’s new Waymo subsidiary will hit the streets next year. Tesla’s fully automated cars will arrive in 2018. Uber is testing its own self-driving fleet in Pittsburgh. More than a dozen other companies have AI-powered vehicles in the works.

Conspicuously left out out from the self-driving car boom has been Japanese auto makers. While Toyota is belatedly creating a $1 billion research center for AI-powered vehicles, most of Japan’s auto giants will need five or 10 years to catch up, by some estimates. But there is another, wildly different way that Japan has been deploying AI in cars: to make them more lovable.

Next month, Honda will take the wraps off a concept vehicle, named the NeuV, which will use AI technologies from Softbank to, in Honda’s words, “enable machines to artificially generate their own emotions.” Honda has released few details, but says the boxy electric commuting car will have an “emotion engine” that promises car lovers an automobile that will love them right back.

In a news release last July, Honda said it would work with Softbank to create an AI technology that could converse with a driver and use sensors and cameras “to perceive the emotions of the driver and to engage in dialogue based on the vehicle’s own emotions.” The NeuV seems to be Honda’s first effort to include the technology inside a vehicle.

Softbank’s robotics division earlier developed an “emotion engine” for Pepper, a humanoid robot that retailed for $2,000 and learned the habits and preferences of family members. But Pepper didn’t catch on with consumers. According to Bloomberg, “bad decision making and missed opportunities” left the AI software buggy. Pepper is now being rented out for menial tasks like store greeting jobs, lottery-ball selection and handing out tissue packets, a form of advertising in Japan.

Meanwhile, Toyota plans to sell its own humanoid robot next year. Kirobo Mini is a four-inch-tall version of an astronaut robot that spent 18 months aboard the International Space Station. It’s designed as a companion who can recognize faces and locations, talk and gesture to humans, and detect and respond to emotions.

Kirobo’s solemnly stated mission is to “help solve the problems brought about by a society that has become more individualized and less communicative.” Toyota also believes the technology could make cars more emotionally interactive. The average person spends nearly four and a half years inside cars, giving Toyota ample personal data that can “better the everyday lives of drivers all over the world.”

So like the American companies building self-driving cars, Japanese automakers are aspiring to improve lives with their own AI projects. But in some ways, the impulse is radically different from the way AI is thought of in the U.S., where it’s directed toward faceless, if highly practical innovations, like safer driving and smoother traffic. In Japan, the AI is directed toward alleviating loneliness. iRobot’s Roomba can clean your floors, but aren’t really cute unless kittens hop on board. Japan’s robotic baby seals are so adorable they’re used as a form of therapy.

In general, Japan’s approach to AI and robots has less anxiety and ambivalence than in the West. And while industrial-robot makers like Fanuc are adopting machine-learning, much of the innovative work in Japanese robotics over the years has centered on humanoid robots that can interact with and help humans. In the U.S., the discussion of AI and robotics often centers around displacing jobs. Tech leaders like Elon Musk talk openly about their misgivings about AI’s destructive potential even as their companies grow dependent on the software.

In a recent interview with The Guardian, Genevieve Bell, an anthropologist employed by Intel to research how humans interact with technology, underscored the different approaches cultures take toward artificial intelligence:

<blockquote>What we are seeing now isn’t an anxiety about artificial intelligence per se, it’s about what it says about us. That if you can make something like us, where does it leave us? And that concern isn’t universal, as other cultures have very different responses to AI, to big data. The most obvious one to me would be the Japanese robotic tradition, where people are willing to imagine the role of robots as far more expansive than you find in the west.</blockquote>

Bell pointed to the work of Masahiro Mori, a pioneer of Japan’s robotics industry best known for the uncanny valley hypothesis, in which humans are repulsed by robots that look nearly but not exactly like humans. In his book The Buddha in the Robot, Mori offers a perspective on human-automobile interaction that seems radical by western standards. In Mori’s view, humans and robots have a connection that is more egalitarian than master-slave:

<blockquote>Depending on how you look at it, I could be regarded as managing the automobile, or it could be regarded as managing me. To control, in effect, is to be controlled: by driving the car properly I enable it to play a safe and useful role in life; but by controlling me, the automobile enables me to be a reliable and effective driver. The same relationship links human beings with all machines. They don’t do what you want them to do unless you do what they force you to do.</blockquote>

Such a view has taken Japanese AI researchers down a different road. It’s also left them, for now, lagging behind their Western counterparts, at least in the auto industry. The software powering Pepper or Kirobo may not bring us a futuristic Herbie the Love Bug any time soon, but in time it could lead to a different kind of self-driving car than Google has in mind. After all, the word for “love” in Japanese, when rendered into English, is spelled “A-I.” 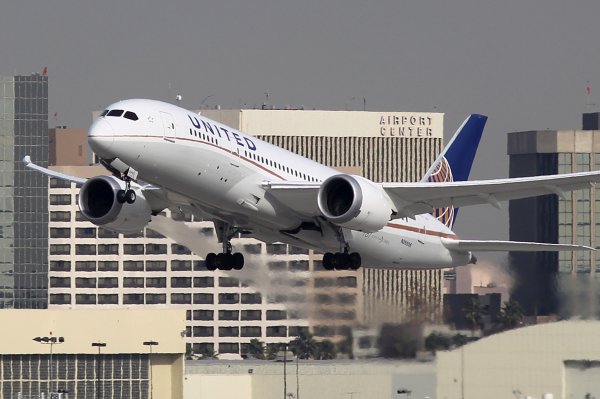 Why United's New 'Basic Economy' Fare Isn't Such a Bad Idea
Next Up: Editor's Pick