Stock up on canned whipped cream during your next jaunt to the grocery store, because we—as a nation—might be running out soon. That’s right: the most important topping (or stand-alone ingredient, for some) in the dessert world is in dire short supply this holiday season. According to the Chicago Tribune, this terrifying fact is all due to a national shortage in nitrous oxide, the gas used to make aerosol cans of whipped cream function the way they’re supposed to (among other things).

According to the Tribune an accidental explosion at a major nitrous oxide plant in Florida in August appears to be one of the main culprits behind the supply chain setback. In the meantime, chains like coffee shop Coffee Bean & Tea Leaf are admitting that some of their drinks might have to be served sans whip, while some grocery shoppers are already noticing signs up signaling the lack of sweet topping in stores… and soon, absent from pies.

Popular brand Reddi-wip is feeling the effects. A spokesperson for Conagra, the brand’s parent company, told the Boston Globe that the full supply will be “up and running by February,” but in the meantime consumers should “stock up early.”

In the meantime, people are not pleased. But not all hope is lost: there’s still no shortage of heavy whipping cream in supermarkets, which means all it takes to indulge in a fluffy cloud of sweet whip is a little extra elbow grease this holiday season. 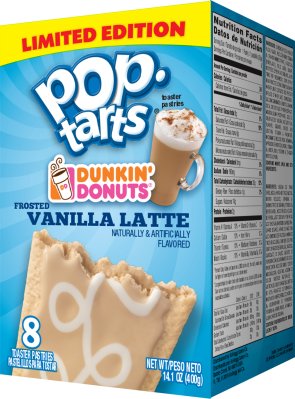 Pop-Tarts and Dunkin' Donuts Are Joining Forces for the Ultimate Breakfast Combo
Next Up: Editor's Pick