On Wednesday he tweeted a photo of a signed copy of TIME’s Person of the Year issue. The inscription reads, “To Kanye, you are a great friend. Thanks, Donald Trump.”

West said the purpose of the highly publicized Tuesday meeting at Trump Tower was to discuss “multicultural issues” including “bullying, supporting teachers, modernizing curriculums, and violence in Chicago.” West, who has previously tweeted about running for president in 2020, has now updated his campaign hashtag to #2024.

On The Late Show, Stephen Colbert speculated on another reason for the meeting: “I heard these two are going to drop an album together,” he said. “It’s called The Deportation of Pablo.”

Each year, TIME recognizes the person or group who influenced the world the most in the previous year, for better or for worse. In TIME’s Person of the Year issue, Editor Nancy Gibbs said that Trump was chosen “for reminding America that demagoguery feeds on despair and that truth is only as powerful as the trust in those who speak it, for empowering a hidden electorate by mainstreaming its furies and live-streaming its fears, and for framing tomorrow’s political culture by demolishing yesterday’s.” 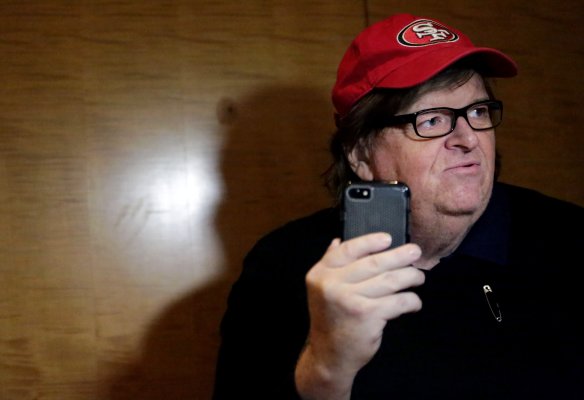 Michael Moore: 'Donald Trump Is Gonna Get Us Killed'
Next Up: Editor's Pick