The System for Choosing Hong Kong's Leader Is Rigged in Beijing's Favor. But It's Not Without Hope

Hong Kong’s constitution, known locally as the Basic Law, promised Hong Kong people the right to elect their head of government by universal suffrage as early as seven years after the transfer of sovereignty from Britain to China in 1997. Despite this, almost 20 years on, the next chief executive, as territory’s leader is called, will be selected in March 2017 by an election committee that numbers only 1,200 electors, chosen for the job by a mere 230,000 voters — roughly 6% of the total voting population.

The pro-democracy camp has long felt that there is no point in fighting for seats on the committee, because its structure and composition render it fundamentally biased in favor of whomever the central Chinese government has anointed to fill the role of chief executive. This time, however, it seems the balance of power on the committee may be tilting in favor of the democrats.

Two days before last Sunday’s election of committee members, the hugely unpopular incumbent chief executive, Leung Chun-ying (popularly referred to as C.Y.), unexpectedly announced he would not run for a second term. While he cited family reasons for the decision, it is widely assumed that Beijing had concluded that — despite his slavish loyalty — Leung’s talent for alienating not just the democratic opposition, but even traditional pro-Beijing supporters, meant his ability to garner the support of 601 electors, and so secure a second term, was far from certain. Beijing doesn’t like uncertainty where elections are concerned.

Leung’s stepping out of contention, at such a pivotal moment, might have dented the momentum of a pro-democracy camp that had finally united under the “anybody but C.Y.” banner. But no. In the event, the turnout of voters entitled to cast ballots for election committee members was 46%, compared to 27.5% in the last such poll in 2011.

Pro-democracy candidates netted 325 seats, over a quarter of the total, compared to 205 in the last such election in 2011. The election committee is mainly broken down into professional sectors or blocs, and in some blocs (lawyers, teachers, health workers and IT workers) democrats achieved a clean sweep of seats available; they also made significant inroads into sectors that had historically been bastions of pro-Beijing loyalists.

Given that the composition of the committee will still be dominated by electors all too ready and willing to do Beijing’s bidding, will this make any difference? It just might. Leung’s departure has thrown the election wide open, and Beijing now faces the uncomfortable prospect of several potentially acceptable candidates vying for election and potentially splitting the vote. This could provide the democratic caucus in the committee with an unprecedented opportunity to influence the outcome and, in essence, become king- or queenmaker.

Just as importantly, it provides an opportunity for contenders to be challenged on their positions on the issues that really count. Will they defend the rights, freedoms, and the rule of law that have been systematically undermined during the past four and half years of the Leung administration? Will they move promptly to reopen discussion with the central government on constitutional reform and the achievement of full universal suffrage, the failure of which in 2014 led directly to the Occupy Central protests? Will they commit to putting a stop to the blatant interference of Beijing’s local representative office in Hong Kong in domestic policy matters that should fall entirely within the remit of Hong Kong’s autonomy under the Basic Law?

The odds are still against anyone who does not have the full blessing of Beijing becoming Hong Kong’s next head of government. That doesn’t mean we shouldn’t continue to fight for the best possible outcome for the pro-democracy cause, and we will. 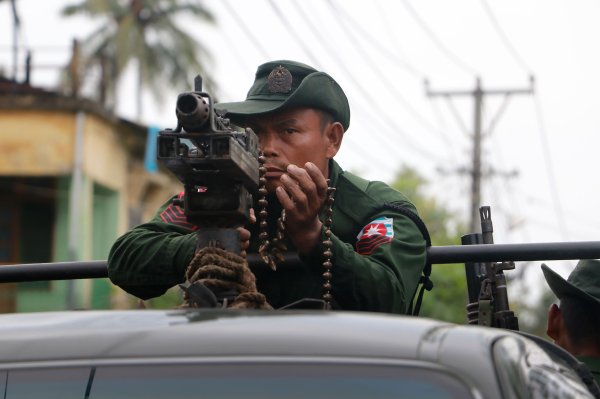 The World's Newest Muslim Insurgency
Next Up: Editor's Pick