When Bystanders Are as Bad as Abusers

Mia Farrow and daughter Malone Farrow arrive at the Opening Night of "Gypsy" on Broadway at The Shubert Theatre on May 1, 2003 in New York City.
Bruce Glikas/Getty Images
By Michelle Stevens

When I read Dylan Farrow’s brave account of her alleged sexual victimization, I cheered. And screamed. And cried. Strong emotions, I know. But as a fellow survivor of sexual abuse by a non-biological father, I deeply empathized with Farrow’s reported plight. As a psychologist, I have spent the past decade studying sexual predators, their victims, and society’s response to them. And let me tell you, coming forward with the cold hard truth is no small feat. It takes tremendous courage and conviction to talk publicly about one’s abuse—especially when the notoriety of the abuser is sure to cause an Internet firestorm. Woody Allen has consistently denied Farrow’s accusations, and called her open letter “untrue and disgraceful.”

Considering Farrow’s relative youth (she’s 28), I was awed by her eloquence and insight. In a few brief words, she captured not only the initial horror and confusion of being sexually assaulted, but also the long-term emotions that victims endure: shame, guilt, dread, and self-loathing. Farrow’s overriding feeling, though, seems to be one of outrage. When that outrage is directed at her alleged rapist, I think we can all agree it makes sense. What may be less obvious is the outrage she feels towards everyone else, from the prosecutors who failed to seek justice in order to protect her to the famous actors who continue to star in Woody Allen’s films.

In the sexual-abuse business, we call these people bystanders. Bystanders have nothing to do with the actual assault. Yet, ironically, they have everything to do with how the victim feels about herself and humanity after the fact. If you get hit by a car, for instance, you expect the driver to stop and make sure you’re okay. You expect an ambulance to take you to a hospital with caring doctors. You expect the police to look into things and, if the driver was drunk, arrest his ass. When all of these things happen as they should, the victim feels that humanity is good and caring. That makes the victim feel like she’s worth something, and there is justice in the world. But after a rape, victims rarely receive such fine treatment from the people around them. Instead of help and justice, those who have been sexually assaulted get assaulted again with shame and suspicion. And ultimately, it’s the second assault that hurts the most.

I know this because I lived through it. When I was 16 years old, my stepfather, a teacher, was arrested for molesting three of his students. (My stepfather, who has since died, pleaded guilty to charges of child molestation, received probation, and lost his teaching license.) I was also being abused, but was afraid to say anything. Instead of supporting the brave children who had come forward, the teachers and other bystanders in the community immediately signed a petition in support of my stepfather’s innocence. At the time, I was outraged by the response. These people knew me and the other abused children. How could they take his side so easily? I know our law states that a man is presumed innocent until proven guilty. But does that mean the victim has to be presumed a liar until proven otherwise? And how, exactly, is a raped child supposed to produce evidence of the fact, especially when the adult perpetrator works so hard to keep his dirty deeds a secret?

So, I understand Farrow’s outrage at prosecutors, movie stars, and the academies awarding the Golden Globes and Oscars. I understand how powerless it makes you feel when it seems like the whole world conspires to silence victims while their perpetrators run free. And I caution bystanders against continuing to turn a blind eye. Your daughter or sister or wife might be next.

Michelle Stevens, Ph.D., is a Clinical Psychologist who specializes in sexual abuse and psychological trauma. She is a survivor of horrific childhood abuse and frequently speaks on how to overcome its effects. Currently, Michelle is working on a book, Scared Selfless, about her victimization in a child sex ring. 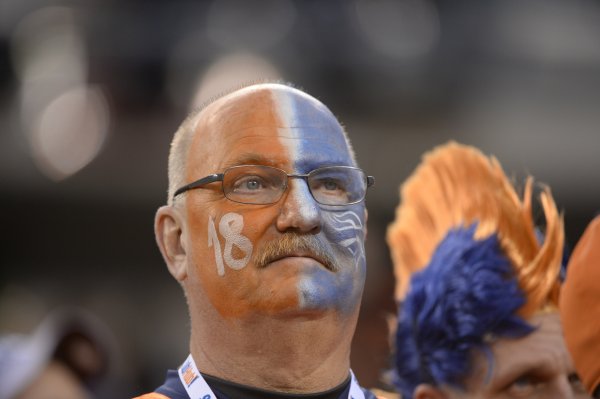 Broncos Fans Are Probably Eating Their Sorrows Away
Next Up: Editor's Pick