The Nashville star opened up to Parade magazine about how her life has changed since becoming mom to daughter Kaya Evdokia, who recently turned 2 years old.

“When I first arrived, I remember struggling with the concept of making a place so foreign to me feel like home. I was 22, not a mom [yet] and had no one to answer to but myself,” Panettiere, who plays Juliette Barnes on the show, said of when she first moved to Nashville, Tennessee, to begin filming in 2012.

“Then I went through a pregnancy and I found out who my true friends were — the ones that were going to stick around and support me,” adds the actress, 27. “I’ll just say the outcome was slim pickins!”

“Now [that] I’m the mother of a 2-year-old, I’ve found my pack of solid, loyal, lifelong friends here and am settled into a beautiful routine,” continues Panettiere, who has been open about her past struggles with postpartum depression and finding happiness with Kaya’s dad: Ukranian boxer Wladimir Klitschko.

“Don’t get me wrong, it’s still a blast,” Panettiere says. “My life and who I am have simply evolved in a beautiful way. So actually Nashville feels like a first home to me!

The Heroes alum addressed the concept of recording music again, which was something she did frequently in the 2000s and has dabbled in for Nashville as well.

“It has, but juggling my workload and being a mom right now is plenty,” she says of whether the show has inspired her to record independently again. “I’ve figured out my own limits over the years, and music is a bridge that I might want to cross when I can truly dedicate myself to it.”

Panettiere admits that nothing about balancing work and motherhood is run-of-the-mill, noting that her most important job is just making sure her daughter is safe.

“I can’t say that anything is typical or ‘the norm’ about any day of the week now that I’m the mom of a 2-year-old,” she explains. “She gets her hands in just about everything, and my biggest job at the moment is keeping her alive!”

The first hour of Nashville‘s season 5 premiere airs on CMT Thursday at 9 p.m. EST, and picks up on Jan. 5 at the same time. 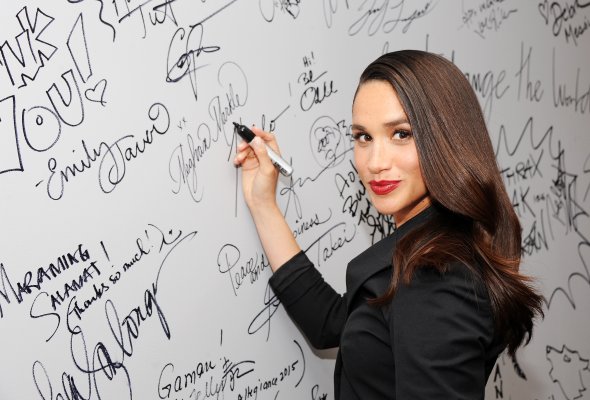 Meghan Markle Says Being Biracial Limited Her Roles in Hollywood
Next Up: Editor's Pick