White House Touts ‘Momentum' in Fight Against ISIS: ‘We Are Killing Their Leaders'

Brett McGurk, White House envoy to the U.S.-led military coalition against ISIS, joined by White House press secretary Josh Earnest, left, speaks about the conflict in Syria during the daily news briefing at the White House in Washington, on Dec. 13, 2016.
Carolyn Kaster—AP
By Maya Rhodan

The White House Special Envoy for the operation to counter the terrorist network ISIS said the ongoing campaign has “momentum” at a White House press briefing on Tuesday.

Brett McGurk addressed reporters at the White House shortly after meeting with President Obama and other national security officials about the ongoing counter-ISIS operations. Earlier on Tuesday, the Pentagon announced that three ISIS leaders, including two who were involved in the 2015 attacks in Paris, had been killed. At the White House, McGurk touted diminished ISIS territory, reductions in the number of foreign fighters flowing into ISIS-controlled areas, and efforts of the counter-ISIS coalition to reduce the amount of ISIS propaganda that lives online. He also said ISIS has the fewest “battle-ready” fighters on hand now than ever before, 12,000 down from 15,000.

“We are having tremendous success against this enemy. We are killing their leaders we are taking out their ability to finance themselves ,” McGurk said before adding there was work to be done to counter the terrorist network. “This will be a multi-year effort,” he said.

McGurk’s statements came amid the ongoing battle for Aleppo in Syria, a battle that has been particularly brutal for citizens, many of whom have said they are just waiting to die.

The Obama administration will soon bow out, but the counter-ISIS campaign will be left for the next administration to continue. McGurk would not share details about meetings with President-elect Donald Trump‘s transition team, but he said the two teams have been in contact. Transitions in times of war, he said, are “complex,” but added the officials in the Obama administration are “doing all we can to make sure that it is a seamless transition.” 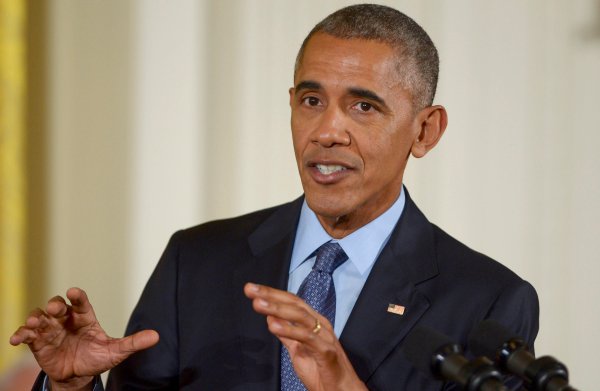