US President Barack Obama (L) paints a quote of Martin Luther King Jr. on the wall of a library at the Browne Education Center in Washington, D.C., on January 16, 2012, as taking part in a community service project.
Jewel Samad—AFP/Getty Images
Ideas
By Ai-jen Poo
Ai-jen Poo is the director of the National Domestic Workers Alliance, the co-director of Caring Across Generations, and a Pop Culture Collaborative Becoming America visionary

I remember exactly where I was on the night of November 4, 2008. It was a Virginia strip mall restaurant, where a group of organizers who had come from around the country to help people get to the polls on election day. Like many Americans, my eyes were glued to the television screen as I watched Barack Obama take the stage in Chicago.

It was a thrilling moment, all the more so because he wasn’t just another elected official, born into a political family. He was one of us. As a community organizer with the Developing Communities Project in Chicago in the late 1980s, a young Obama had organized with local residents to improve their lives and neighborhoods. The experience informed his campaign for president. In the months leading up to the election, he had campaigned on the idea that the power of our democracy lies in the hands of the people.

Obama’s victory speech that night claimed his remarkable win as “our victory.” He spoke not only to the tens of thousands of people who had volunteered for his campaign, but directly to all of us who, as organizers, still believe that our democracy is at its best when everyday people assume their role as protagonists. It was an acknowledgement that real change happens when people of all ages and from all walks of life come together to demand better.

I read Obama’s memoir, Dreams From My Father, shortly after he announced his presidential campaign. In it, I found reflected back to me my own experiences as a young woman organizing with immigrant domestic workers in New York City. As a young Barack Obama said simply, “Change won’t come from the top… Change will come from a mobilized grassroots.” At our best, organizers challenge and expand what is possible in our own lives, in our communities and in public policy. We help people imagine new possibilities, and then we develop and implement plans to realize those visions.

Looking back on the moments in our collective history that have strengthened our democracy, we can see a pattern. From the civil rights, labor, and women’s movements of the past, to today’s Fight for 15, Movement for Black Lives and the domestic workers movement that I’ve been a part of for two decades now, the courageous actions of everyday people have always moved us closer to a more perfect union. Under President Obama’s administration alone, organizing helped to usher in a historic rule change, bringing 1.8 million care workers under minimum wage and overtime protections for the first time. In seven states, immigrant women and women of color organized to win passage of Domestic Workers Bill of Rights, providing domestic workers in California and Illinois among others with critical protections on the job.

Yet in the years since, Obama’s campaign message of hope and change first captured our imagination, our nation has become more polarized. There is deep cynicism that our political system can deliver meaningful solutions and that our political engagement—even our vote—actually matters. Moments like this one, when we feel isolated from one another and lack confidence in our individual or collective agency, call for good organizing. We need organizers, tens of thousands of them, who can develop unifying agendas and messages, bring us together as a nation, and rebuild our confidence in our ability to co-create democracy.

It is my hope that Obama will use his post-presidential platform to elevate the role of organizing in finding solutions to intractable problems and to support the leadership of constituencies that are too often overlooked. Organizations like mine—the National Domestic Workers Alliance—bring women of color out of the shadows and, through organizing, develop a new generation of leaders. Organizing is happening across this country, in the least visible corners of our economy and democracy, and we need even more of it. Workplace by workplace, community by community, we need to model a democracy where everyone is engaged, everyone matters and, working together, we all shape the fate of our nation.

I now live in Chicago, having moved from New York City a couple of years ago. And while President Obama may never again live in the city he so beautifully captured in his memoir, he has announced that his presidential library will be in Chicago, where he cut his teeth as an organizer. How fitting it would be if his new platform allowed him to take on a new role, Organizer-in-Chief, supporting the thousands of us, in Chicago and all over the country, who are organizing to rebuild hope and create change one community at a time. 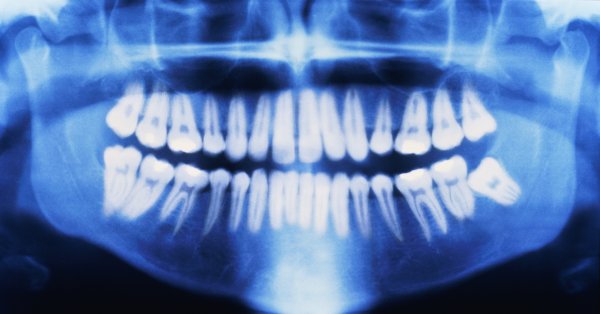 How Wisdom Teeth Are Fueling the Opioid Epidemic
Next Up: Editor's Pick