A West Virginia official will return to her job after posting a racist Facebook post about Michelle Obama,

Pamela Taylor, the director of nonprofit Clay County Development Corp., called the First Lady an “an ape in heels” in a Facebook post last month after the presidential election. “It will be refreshing to have a classy, beautiful, dignified First Lady back in the White House,” Taylor wrote. “I’m tired of seeing a Ape in heels.”

The post subsequently went viral, and over 199,000 signed an online petition calling for Taylor’s termination from the nonprofit, which provides services and financial assistance to elderly and low-income residents. Taylor subsequently apologized. Taylor was placed on leave, while a representative from the organization told the Washington Post that Taylor had been “removed” from her position, which she’s held since 2007.

Taylor is now scheduled to return to work on Dec. 23, per a decision from a Clay County Development Corps. Board of Directors meeting last month at which she was dealt a six-week suspension. Her return was first reported by the Charleston Gazette-Mail.

“It has been brought to our attention that Pam Taylor has been reinstated with the Clay Development Corporation,” Robert Roswall, commissioner of the West Virginia Bureau of Senior Services, wrote in a Dec. 7 letter to the organization’s Board of Directors, requesting “specific assurances that no actions of discrimination/harassment will be conducted or viewed as acceptable practices within the work environment.” In the letter, which was also signed by the commissioner of the Bureau for Medical Services, he requested copies of the organization’s affirmative action plan and anti-discrimination policies.

A spokeswoman for West Virginia Gov. Earl Ray Tomblin said Tuesday that the state is reviewing the Clay County Development Corp.’s contracts with both bureaus. She said the state is still awaiting a response to the Dec. 7 letter.

Taylor’s Facebook post also led to the resignation of Clay Mayor Beverly Whaling, who responded to Taylor’s original post by saying it “made her day.” Whaling later issued a public apology, saying that her comment was not intended to be racist and insisting that she’s not racist.

Write to Samantha Cooney at samantha.cooney@time.com and Katie Reilly at Katie.Reilly@time.com. 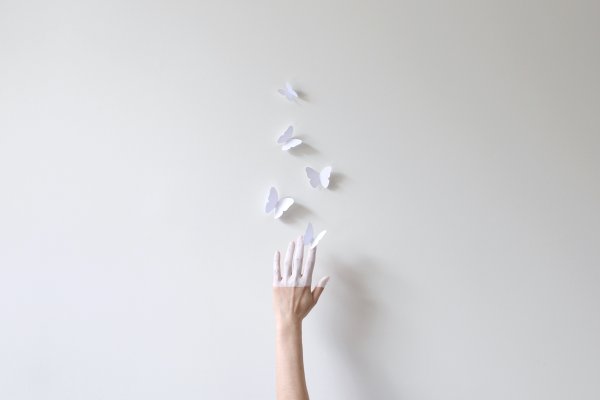 How to Find Your True Calling
Next Up: Editor's Pick