What Makes It's a Wonderful Life a Great Movie, as Explained in 1946

Seven decades after its release, It’s a Wonderful Life has solid standing as a classic American film, and a holiday-season tradition for many. And, though not every critic agreed, TIME’s critic knew right away that it had the potential to become an enduring piece of cinema history: It’s a Wonderful Life “is a pretty wonderful movie,” the review observed, ranking it as possibly the best movie of the year.

But the film—which bowed at a charity preview 70 years ago on Dec. 20, 1946, before its full premiere on Dec. 21—could have been a flop in less capable hands. The skilled balance of fantasy, sentimentality and quality made the movie stand out, the review explained:

In the post-war atmosphere of the U.S. in 1946, the military bona fides of director Frank Capra and star Jimmy Stewart were also noted by the critic. Capra’s work for the Signal Corps had produced wartime documentaries, and Stewart “worked his way up without ballyhoo from buck private to Air Forces colonel.”

But, as Jonathan Munby has written about the film in the anthology Christmas at the Movies, there’s an argument to be made that the post-war atmosphere was a big part of the reason why the movie was, despite reviews like TIME’s, a box-office failure. Movie-going was down in general—Capra, in his autobiography, would partly attribute the failure of the movie to the drop in the overall market as wartime spending wound down—and by the following May Wonderful Life had still failed to recoup its $2.3 million budget at the box office. But Munby posits that the subject matter may have just been too dark for a holiday-season audience in 1946: the Depression-era and wartime concerns of It’s a Wonderful Life were still too fresh in their minds. Capra didn’t really see Wonderful Life as a Christmas movie, anyway. (Munby writes that the holiday-season release date had more to do with a quirk of the Hollywood calendar than any marketing genius.)

The movie that had seemed like a great harbinger for the success of independent filmmaking in the dusk of the studio era was now a bad sign instead. Liberty Films, the independent company under whose banner it had been made, was eventually sold off. Years later, in the 1970s, it lost its copyright—making it an attractive prospect for Christmas Eve television fare, after which generations of audiences, able to see 1946 from a distance, adopted it as a favorite.

Read the full review, here in the TIME Vault: It’s a Wonderful Life 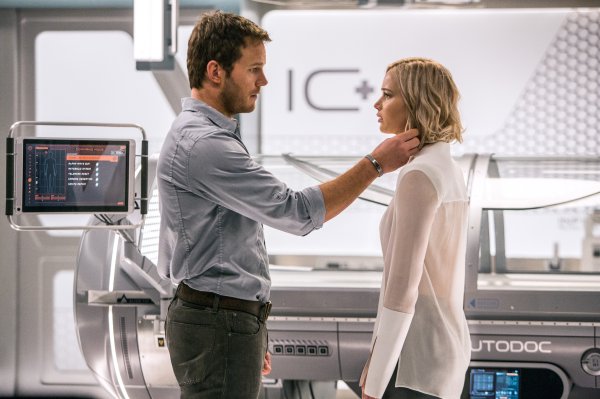 Review: The Almost-Brilliant Sci-Fi Romance Passengers Runs Aground
Next Up: Editor's Pick