Passengers costars Chris Pratt and Jennifer Lawrence may get along swimmingly, but that doesn’t mean they can’t hurl horrific insults at each other.

On Monday, the costars were promoting their sci-fi film in London, where they stopped by BBC One for a game of “Playground Insults.” Nothing was off the limits, and the duo lobbed put-downs back and forth, touching on everything from Lawrence’s Joy to Pratt’s lack of an Oscar to the talents of the Saved by the Bell cast.

While there were many hilarious jabs, Pratt had the knockout punch. After Lawrence joked that she took two Pepto-Bismol tablets before their sex scene in Passengers, Pratt one-upped her with a PG-13 slight of his own. Hear what he said in the video above, and read some more of the best insults below:

Watch the full showdown above. 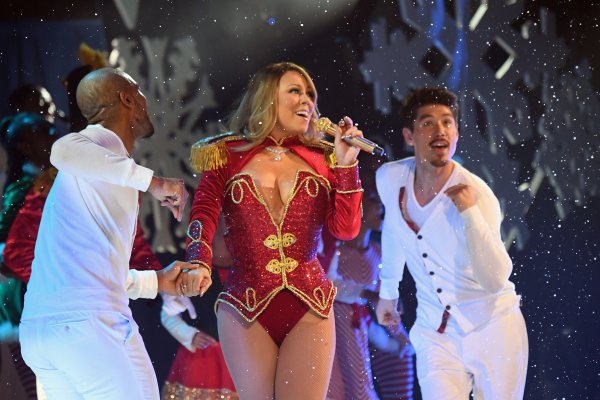 This Beyoncé and Mariah Carey Selfie Is a Holiday Blessing
Next Up: Editor's Pick