Here Are the Most Popular Google Search Terms of 2016

Exhibitors of the Google company work on laptop computers in front of an illuminated sign of the Google logo at the industrial fair Hannover Messe in Hanover, Germany on April 17, 2007.
Jens Meyer—AP
By Lisa Eadicicco

Google processes trillions of search requests each year, and on Wednesday the Mountain View, Calif.-based company revealed which terms dominated its search engine in 2016.

Many of the phrases, unsurprisingly, reflect national events, news topics and other phenomena that rose to prominence throughout the year. The top trending search term is “Powerball,” which is in reference to the $1.56 billion jackpot that three ticket holders won in early 2016. “Prince,” “Hurricane Matthew,” “Pokémon Go” and “Slither.io” claimed the rest of the top five, while “Trump” and “Hillary Clinton” rounded out the end of the list.

Last year, the number one trending search term was “Lamar Odom,” the former NBA and reality TV star who was found unconscious in a Nevada brothel last October. “Jurassic World” and “American Sniper” also placed high on Google’s rankings from 2015.

The term “trending” means that these words and phrases held the highest spike in traffic over a sustained period of time in 2016 as compared to 2015. See below to check out the full list of search queries that made it into Google’s top 10 trending list. 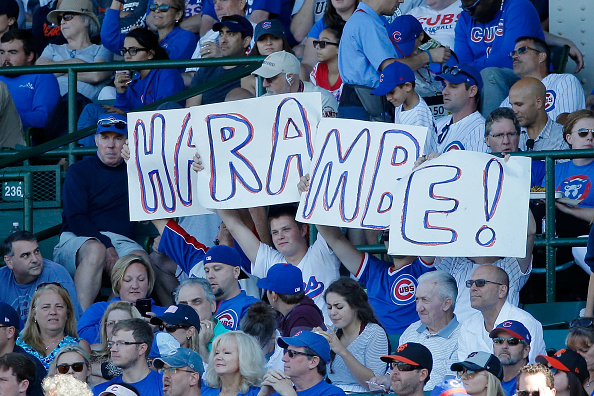