Tillerson, who first joined Exxon in 1975 upon graduating from college, accepts the scientific consensus that man-made climate change is occurring, but also has a vested financial interest in avoiding strong action to address global warming. The company he runs remains under investigation for misleading investors on the risks of climate change for decades to avoid harming its business.

“If the only voice that acknowledges that climate change is even real comes from a secretary of state who was CEO of one of the largest oil companies in the world, then that speaks volumes about where this administration is headed,” said Jeremy Symons, who works on climate politics for the Environmental Defense Fund.

Read More: It’s Hard to Describe Just How Badly the Arctic Is Doing

A wide range of institutions within the U.S. government have some say in the country’s climate policy, including every agency from the Environmental Protection Agency (EPA) to the Department of Justice. But on the international stage, the Secretary of State reigns supreme as the face the U.S. government’s efforts to address the issue. Environmental groups said Tillerson would send the message that the country does not take climate change seriously—and perhaps under Trump it will not.

On the climate front, Tillerson could not be more different from his would-be predecessor John Kerry. The current Secretary of State initially devoted himself to working on climate change during his time as a U.S. senator when the issue first rose to the national stage in the early 1990s. In recent years, Kerry has played a key role as a dealmaker helping broker the Paris agreement on climate change, along with other international climate treaties.

Tillerson has voiced support for the Paris agreement, unlike many of the other Trump cabinet nominees, and even came out in support of a carbon tax in 2009. But many critics dismiss those policy positions only as politically expedient decisions made to defray criticism of the company in the face of what once seemed like inevitable regulation. Indeed, ExxonMobil has not made a carbon tax a focus of its massive lobbying efforts and has supported a number of candidates and organizations that oppose measures to tackle the issue. And, unlike several of its chief competitors including BP and Shell, ExxonMobil’s support came nearly a year after the conclusion of the Paris talks.

International talks about the future of the Arctic would also fall to Tillerson should he be confirmed by the Senate. In that position, he would be responsible for working with other countries to protect the region. As CEO of ExxonMobil, Tillerson pushed to open the Arctic to oil drilling.

Beyond specific regulatory measures, Tillerson has questioned the severity of climate change to argue that the world should not move too fast on the issue. “What if everything we do, it turns out our models are lousy, and we don’t get the effects we predict?” Tillerson said at a shareholders meeting last year. “Mankind has this enormous capacity to deal with adversity, and those solutions will present themselves as those challenges become clear.”

Tillerson is just one of a slew of Trump nominees with close ties to the oil and gas industry. Trump’s choice to lead the EPA—Oklahoma Attorney General Scott Pruitt—is a self-professed foe of the agency’s climate change agenda and has sued on multiple occasions to block implementation of policies like the Clean Power Plan. Former Texas Gov. Rick Perry, Trump’s Department of Energy nominee, has called climate change a “scientific theory that hasn’t been proven” and opposed funding to address it.

“Rex Tillerson’s career is the embodiment of the American dream. Through hard work, dedication and smart deal making, Rex rose through the ranks to become CEO of ExxonMobil, one of the world’s largest and most respected companies,” Trump said in a statement this week. “His tenacity, broad experience and deep understanding of geopolitics make him an excellent choice for Secretary of State. He will promote regional stability and focus on the core national security interests of the United States.”

Climate policy aside, Tillerson faces perhaps the most challenging Senate confirmation battle because of his close ties to Russia and the country’s president Vladimir Putin. Tillerson negotiated several large deals with Putin as ExxonMobil’s CEO and received an Order of Friendship from the Russian leader. Several prominent Republican senators, including John McCain of Arizona and Marco Rubio of Florida, have said they have serious concerns. Only three GOP senators would need to defect, along with a united Democratic caucus, to block confirmation.

But should that occur, it remains unclear whether an alternative candidate would appeal more to climate policy experts.”Tillerson can be better than the alternatives, but that is damning with faint praise,” said Robert Stavins, director of the Environmental Economics Program at Harvard University, noting that Tillerson would have to win over the like likes of Perry, Pruitt and others to be effective. “That is a tall order.” 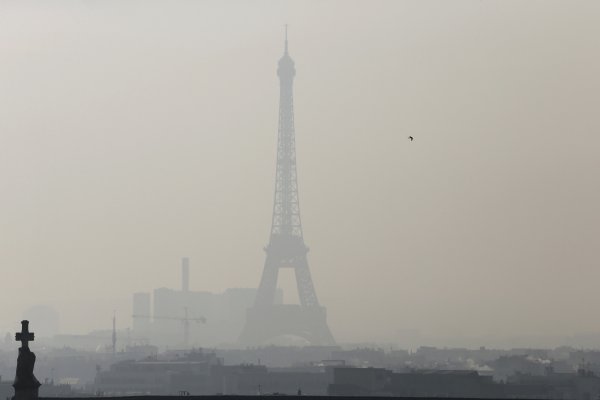 France Is Expanding Driving Restrictions to Fight Pollution
Next Up: Editor's Pick