The arrests marked the continuation of government reprisals against the pro-Kurdish People’s Democratic Party (known by the Turkish acronym HDP), which controls the third-largest bloc in Turkey’s parliament. The arrests come in the context of a broader crackdown on critics of the government of President Recep Tayyip Erdogan, who has moved to shore up his own power after surviving a deadly military coup attempt last July.

The pair of bombings outside Vodafone Arena in central Istanbul on Saturday night killed dozens of police officers and several civilians, including a medical student and a minibus driver. The blasts were heard miles away, rattling Turkey’s largest city just an hour and a half after the conclusion of a match at the stadium. A splinter group of the outlawed Kurdistan Workers’ Party (PKK) called the Kurdistan Freedom Falcons said that it carried out the attack.

The left-wing HDP denies the allegations that it has ties to the PKK, which is considered a terrorist group by Turkey, the United States, and the European Union. The HDP condemned Saturday’s bombing, but officials from the party, which advocates a return to peace negotiations, said that the bombing created a pretext to expand an existing crackdown on the organization. According to HDP, security forces raided the group’s offices in Istanbul and carried out arrests of officials across the country. “This is a big purge. This is not about terror or terrorism. It’s about wiping out democratic opposition,” said HDP assembly member Ayşe Berktay in a phone interview.

The bombs exploded after a soccer match near a stadium in the heart of Istanbul, an arena that is home to Besiktas, a dominant club with a fanbase of millions. The blasts struck a nerve with the urban public in western Turkey, where the fighting in the Kurdish towns of the southeast (and the wars in neighboring Syria and Iraq) can feel distant. The outrage at the attack suggests that the government is unlikely to encounter broad resistance even as it clamps down on a political party, the HDP, which received millions of votes and controls more than 10 percent of the seats in parliament. “The thing is, the government’s harsh policies—that is more violence against violence—has been accepted and supported by the people of this country,” says Dogu Ergil, a political scientist at Turkey’s Ankara University. “That’s why the government sees its hands as very free to move toward that direction.”

Erdogan’s government entered into negotiations in 2012 to settle a three-decade old conflict with the PKK. The militants claim to fight in the name of increased rights and autonomy for Turkey’s Kurdish minority, part of an ethnic group spread across Turkey, Syria, Iraq, and Iran. The peace talks collapsed completely in July 2015, following an attack blamed on ISIS in the southern Turkish border town of Suruc. At least 33 people killed in that bombing, which targeted pro-Kurdish activists heading to help rebuild the Syrian Kurdish town of Kobane after forces there repelled an ISIS offensive. The PKK accused the Turkish government of complicity in the attack, and killed six members of the Turkish security forces in response.

Since then Turkey has been caught in a cycle of violence, in which the Turkish government clamps down on Kurdish-majority towns in the southeast of the country, and Kurdish militants attempt to seize control of some neighborhoods and towns and carry out bombings that kill both security forces and civilians. At least 2,473 people have been killed in the violence since then, according to International Crisis Group, even as Turkey has also been hit by multiple bombs claimed by ISIS.

When it vaulted into parliament in June 2015, Turkish and saw the HDP’s agenda of supporting minority rights as an opportunity to transcend decades-old Turkish-Kurdish divisions. But the party’s fortunes were undermined by the same outburst of violence that doomed the peace process, and the party lost ground in a snap election November of the same year. After losing their majority in the June election, Erdogan and his Justice and Development Party (AKP) regained sole control of parliament after appealing to some voters’ desires for stability in the midst of the renewed fighting. In the five months since the failed coup attempt, Erdogan’s government has launched a clampdown on the group, which had had no connection to the coup plot. Police arrested the two co-leaders of the party, including the charismatic politician Selahattin Demirtas, and several other MPs in early November for failing to cooperate with an investigation the party’s alleged ties to the militants of the PKK. HDP officials, who entered parliament through elections and who continue to call for a renewed peace process, consider the counterterror probe a farce. Writing from prison in a message disseminated by the party on Monday, Demirtas personally condemned Saturday’s bombing, calling it an “atrocious massacre.”

The resurgence of fighting between Turkey and Kurdish militants also has repercussions in the civil war in neighboring Syria. The U.S., which considers the PKK a terror group is allied with another Kurdish-led group, the Democratic Union Party and its armed wing, the People’s Protection Units (YPG), in the war against ISIS in northern Syria. The Pentagon’s aid to the YPG infuriates the Turkish government, which sees the YPG as a wing of the PKK. Saturday’s bombing in Istanbul could further complicate U.S. policy in northern Syria, where the U.S. also backs a Turkish-led offensive against ISIS.

“Once upon a time, the Kurdish problem was a domestic one. Nowadays, it’s regional,” says Ergil. “Turkey does not have the means to deal with the problem internationally, except by bombing, incarceration, prohibition of minority rights, and so forth. In that sense, we are lacking a national policy to death with the Kurdish problem within and without the country.”

Both the Turkish authorities and Kurdish militants show little sign of backing away from the current confrontation. The government is expected to continue its crackdown, and the militants are likely to continue bombing. “Both because of the Syria theater and domestic politics, it doesn’t look like either side is going to be willing to seek an alternative route in the foreseeable future,” says Nigar Goksel, the Turkey project director for International Crisis Group. 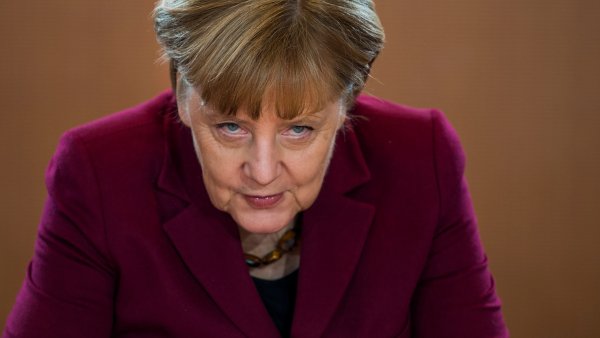