Tom Ridge and Joseph Lieberman: How Donald Trump Can Protect America from Bioterrorism

Members of a U.S. Marine Corps' Chemical-Biological Incident Response Force demonstrate anthrax clean-up techniques in Washington.
Kenneth Lambert—AP
Ideas
By Tom Ridge and Joseph Lieberman
Ridge served as governor of Pennsylvania and the first Secretary of Homeland Security. Liberman is a former Senator from Connecticut. They are co-chairs of the bipartisan Blue Ribbon Study Panel on Biodefense.

Leaders from more than 120 nations just concluded the Eighth Biological Weapons Convention Review Conference in Switzerland, which focused on the threat posed by biological terrorism. During the conference, the U.S. delegation urged countries to reduce that threat by implementing strategies for detecting and responding to bioweapons. The United States needs to heed its own advice. The country has been and continues to be ill prepared for a biological attack.

When President-elect Trump assumes the Oval Office this January, he has a unique opportunity to fulfill his promise to make America safe again—by taking steps to protect the nation from bioterrorism.

More than a year ago, the bipartisan Blue Ribbon Study Panel on Biodefense, which we chair, issued 87 recommendations for improving America’s biodefenses. They are easily achievable and require little extra funding. But they’d vastly improve our ability to detect, prevent and respond to biological attacks and major outbreaks.

Fifteen years after the deadly anthrax attacks in the U.S., and more than two years after Ebola reached America, our nation still lacks a centralized leader to coordinate prevention and response activities to these kinds of events. We also have no strategic plan or unified approach to coordinate the biodefense budgets of more than a dozen agencies.

In a new report, we have found that the government has made progress on just 17 of our recommendations and completed only two. Forty-six could have been accomplished by now.

We’ve known about biological risks for a long time. In 1999, President-elect Trump himself warned in his book The America We Deserve about the need to better prepare for the threat of bioterrorism by stockpiling medicines, for instance. Yet by 2010, a report from a bipartisan commission on the proliferation of weapons of mass destruction had given the country an “F” for readiness against a bioterrorism attack.

The risk has only increased. Earlier this year, the Director of National Intelligence cautioned Congress about the ease with which bioweapons could move around the globe. Belgium has found members of ISIL in possession of biological weapons materials. Turkish officials recently uncovered an ISIL plot to contaminate the country’s water supplies. This spring, Kenya said they foiled a plan by the Islamic State to unleash anthrax in the east African nation.

Then there are the risks from naturally occurring pandemics—like the recent Zika and Ebola crises—or the repeated biological accidents by our own government labs. One federal report found that U.S. labs had mistakenly exposed nearly 1,000 workers to pathogens 199 times over just one year.

Such attacks could be devastating. An attack on our nation’s agricultural sector, for instance, could prove catastrophic. The agricultural supply chain is a trillion–dollar business and employs almost one in every ten American workers.

So what should President-elect Trump and the 115th Congress do when they take office?

For his part, Mr. Trump should immediately put the vice president in charge of the nation’s biodefense efforts. The absence at the White House of an individual with this kind of authority has led to disjointed interagency efforts and financial inefficiency, as the government’s responses to Ebola and Zika have demonstrated. The vice president should have the authority to review and advise on biodefense budget matters and to oversee a biodefense coordination council that includes representatives from the private and public sectors.

Congress must streamline oversight. At least 20 congressional committees have biodefense jurisdiction, but few spend much time on the issue. When a crisis arises, they all lose time providing reactive oversight and fighting over jurisdiction.

The 115th Congress’s leaders should instead put together a bicameral, comprehensive oversight agenda, host joint House-Senate hearings and consolidate jurisdiction.

Lawmakers have started to take action. Congress just passed the National Defense Authorization Act, which will require the federal government to develop a comprehensive biodefense strategy. We also urge Congress to implement uniform budgeting and build preparedness measures into annual budgets, instead of relying on emergency funding bills that cost lives and financial resources.

These acts and the other measures we recommend don’t involve significant new spending. Most simply require better use of existing resources.

Next year offers a real chance for our leaders to get biodefense right. The risks are clear. So are the solutions. President-elect Trump and the new Congress must simply enact them. 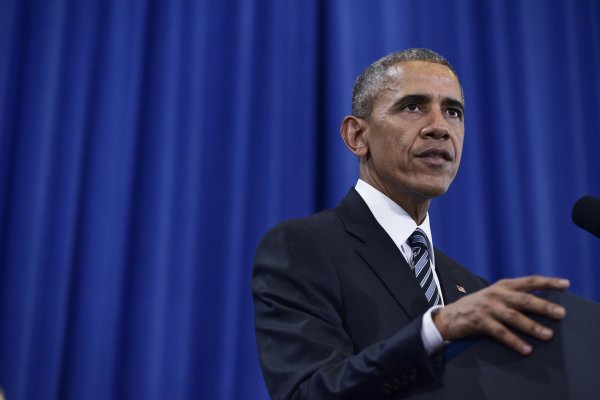