Willie Sutton purportedly said that he robbed banks “because that’s where the money is.” President-elect Donald Trump took the same approach Monday, saying the cost of the Pentagon’s $379 billion F-35 fighter program—the most expensive weapon system in the history of the world—is “out of control” and will be a prime target in his effort to save “billions of dollars.”

“I am heartened, if not overly impressed, by Mr. Trump’s recent zingers about Air Force One and, more importantly, the F-35,” says ex-Pentagon top weapons-tester Tom Christie. “This is where the real waste, fraud and abuse and big dollar savings are—the hundreds of billions in misconceived and faltering modernization programs.”

But Air Force boosters pushed backed. “Today, over three-quarters of the current Air Force fighter fleet is comprised of 1960-70s-era designs that average well over a quarter of a century old,” says David Deptula, a retired Air Force lieutenant general and fighter pilot. “The only thing more costly than a first-rate Air Force is a second-rate Air Force.”

While the F-35’s costs have stabilized recently, the Government Accountability Office says the cost of the program has jumped by $111 billion—nearly 50%—since it began 14 years ago. “This is one of the benefits of having an outside perspective on these matters,” says Dan Grazier, a former Marine officer who now monitors the military at the nonprofit Project on Government Oversight. “President-elect Trump is right to be skeptical about the runaway costs of the F-35 and many other weapon programs.”

A Lockheed spokesman said the company has been working to drive down the plane’s cost. “Since the beginning, we have invested hundreds of millions of dollars to reduce the price of the airplane more than 60% since its original costing,” said Jeff Babione, the company’s F-35 chief.

While Trump may have picked the biggest bullseye painted on the Pentagon, his opening salvo is going to meet stiff resistance. All of the military services except the Army are buying the plane, giving it boosters in the Air Force, Navy and Marines. Lockheed has spread contractors for its construction among 45 states and eight foreign nations, giving the program advocates at home and abroad.

The Pentagon’s plan to buy 2,457 of the jets has long been controversial. In an effort to save money, the Defense Department pushed the Air Force, the Navy and the Marines to buy the same jet. But after more than a decade in development, the three variants are so different from one another that most of the hoped-for shared savings have disappeared. With about 200 F-35s already delivered to the Pentagon, it’s too late to stop it before production. But Pentagon officials have known for years that buying all 2,457 jets is unlikely. The problem with cutting production, of course, is that each jet costs more as economies of scale shrink.

The Marines have the most complex F-35, because it needs the ability to land and take off from small Marine ships nearly vertically. The Navy’s version is beefed up for punishing use aboard aircraft carriers. The Air Force version, designed for long runways on land, doesn’t require such costly modifications.

Pentagon auditors pegged the cost of each F-35 at $154.3 million in its last annual cost report a year ago, down from its $159.2 million the year before. “It is true that the F-35 has had major cost overruns in the past, but it has stabilized in recent years,” says Todd Harrison, a defense-budget expert at the Center for Strategic and International Studies. “The real question facing the new Trump administration is whether or not to buy the full quantity of 2,457 aircraft as currently planned.”

Beyond forcing the three services to share an aircraft, the Pentagon also rushed the plane into production before its blueprints had been finalized. There was little logic for the haste, given that the Pentagon’s pre-F-35 warplanes remain the best in the world. “Due to concurrency, the practice of producing operational aircraft before the program has completed development and finalized the aircraft design, the services must send the current fleet of F-35 aircraft to depot facilities to receive modifications that have been designed since they were originally manufactured,” the Pentagon’s top weapons-tester recently noted. “Some of these modifications are driven by faults in the original design that were not discovered until after production had started, such as major structural components that break due to fatigue before their intended lifespan.”

Merrill McPeak, retired fighter pilot, was the four-star general running the Air Force when the Pentagon ordered the services to share the same airplane. “No comment,” he said Monday when asked about Trump’s tweet taking aim at the F-35. “I know too much.”

But he didn’t hesitate to tell TIME what he saw as the plane’s shortfalls in 2013. “This is a jobs program for Marine aviation,” he said. “The idea that we could produce a committee design that is good for everybody is fundamentally wrong.” He scoffed at the Marine demand for a plane that can land vertically, saying, “The idea of landing on a beach and supporting your troops close up from some improvised airfield, à la Guadalcanal, is not going to happen.”

Then again, the whole notion of sending manned aircraft over heavily-defended enemy territory is increasingly dubious. First of all, no President wants to risk a pilot getting shot down and falling into enemy hands. When ISIS captured the pilot of a Jordanian F-16 last year—and burned him to death inside a cage—there wasn’t a lot the Jordanian military could do to retaliate. If that pilot had been American, the President would have been forced to decide between escalating the war or looking impotent—a choice no President wants to have to make.

And aerial dogfights—one of the original justifications for fighter aircraft—no longer happen: beyond-visual-range missiles and improved ground-based anti-aircraft weapons have rendered them obsolete. Every day, the U.S. military’s expanding fleet of drones is eclipsing the value of short-legged warplanes like the F-35. 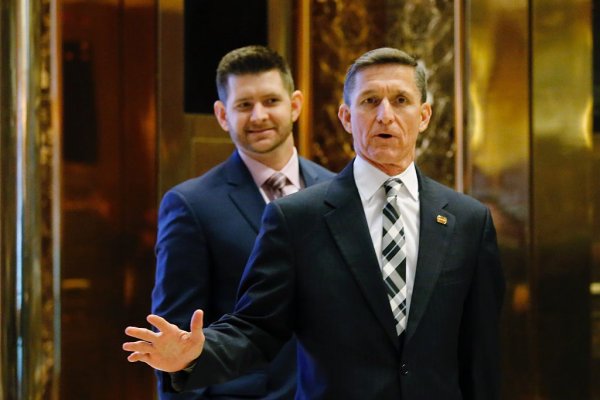 The Creeping Militarization of Trump's Cabinet
Next Up: Editor's Pick