The Guardian reports the reindeer are losing access to plants because warmer winter temps mean less snowfall. Without snow, the precipitation that falls is often rain which eventually freezes the ground; the ice sheets serve as a barrier between the reindeer and their food. The changes in temperature also mean reindeer have more food in the warmer months, a change that has led to a population boom. So while the reindeer are smaller, there are more of them.

“Warmer summers are great for reindeer but winters are getting increasingly tough,” the Guardian reports Professor Steve Albon, an who led the reindeer study in conjunction with Norwegian researchers, said. “So far we have more but smaller reindeer.”

The Christian Science Monitor reports the past decade has been hard on the reindeer population. In 2006 and 2013, the Monitor says, over 80,000 reindeer died of starvation linked to warm winters. 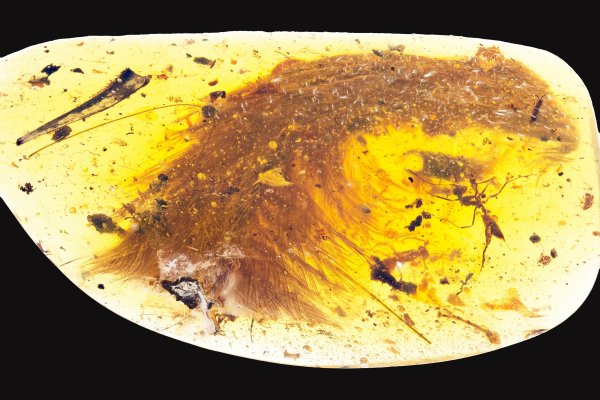 Here's More Proof that Dinosaurs Had Feathers
Next Up: Editor's Pick