This Doctor Used Snapchat's Spectacles To Record a Surgery

For Dr. Shafi Ahmed, hernia repair surgery is a routine operation. But on Dec. 9 at the London Independent Hospital, something was different. This time, as the British surgeon made an incision in his patient’s abdomen, he was wearing Snapchat’s Spectacles – a pair of sunglasses fitted with a camera that records 10-second clips for later uploading to Snapchat.

Over the course of an hour, Ahmed used his Snapchat account to share a unique point of view — his own — into the operation, sharing a series of video clips that, put together, formed a tutorial for medical students.

It’s not the first time that Ahmed has integrated popular new technologies into his work. In April, he used a 360-degree camera to capture his movements as he removed a tumor from a patient’s colon, creating the first virtual reality medical film.

“I’ve always thought about the way we teach,” Ahmed tells TIME. “How do you use these wearables in the clinical workspace for practice and also education purposes?”

For the London-based doctor, it’s about using the tools we have, from smartphones to Facebook, to push the boundaries and reach more people than ever before. “It’s not about one-to-one or one-to-two for me. It’s about one-to-many,” he says. “That’s my drive.” So when he learned about Snapchat’s Spectacles, he was immediately intrigued.

“The Snapchat platform is really interesting because it mimics who we are,” he says. “It thinks on a 24-hour, short-term basis, and we, as individuals, work in short-term basis. We see things, we forget about them. Some goes into our long-term memory, but most of it, 95% of it, is all short-term.”

Ahmed also likes the platform because of its ease of use from recording (one tap on the Spectacles’ sides) to sharing (one tap in the Snapchat app). Plus, the 10-second limit on video clips forces him to think about how he’s teaching his students. “It’s like you’re presenting a recipe,” he says. “You’re training people in a structured way.”

On Dec. 9, as Ahmed, sporting the black version of Snapchat’s Spectacles, operated on his patient, one of his assistants regularly pressed the record button and uploaded video clips to the doctor’s account. Around 150 to 200 medical students watched the tutorial as it happened, and many more joined in in the 24 hours following.

“The response was really good,” Ahmed tells TIME. “They liked the way it was structured. They thought the segments work quite well,” especially since this setup lets you remove of “all the boring bits of the operation that may not have educational value for students,” he adds.

In the coming weeks, Ahmed will publish the results of his Snapchat experiment. The British surgeon is confident he will continue to use the Spectacles in his practice with the hopes of reaching people all around the globe. “As individuals, as a surgeon in my case, we have a certain knowledge base that we want to share with as many people around as possible,” he says. 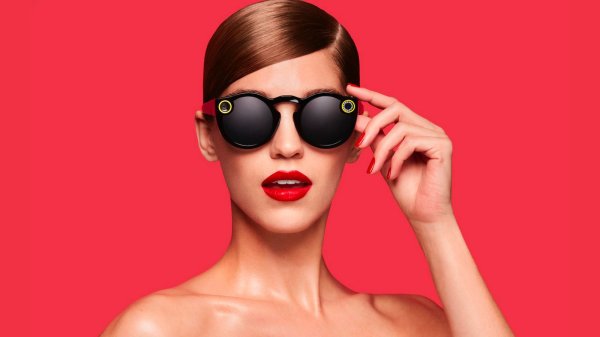 What Spectacles Mean for Snapchat and Photography
Next Up: Editor's Pick