Chelsea Manning poses for a photo wearing a wig and lipstick.
U.S. Army/AP
By Mahita Gajanan

The petition calling on President Obama to shorten Chelsea Manning’s prison sentence has received more than 106,000 signatures as of Sunday afternoon, surpassing its 100,000-signature goal and requiring the White House to respond.

Manning, who admitted leaking secret military and government documents to WikiLeaks, asked Obama to commute her current 35-year sentence down to the time she has served, a little more than six years.

“Chelsea has already served more time in prison than any individual in the United States history who disclosed information in the public interest,” the petition said. “Her disclosures harmed no one.”

The New York Times reported that Manning wrote in a statement in the petition that she took “full and complete responsibility for her actions,” calling them “wrong.”

“The sole relief I am asking for is to be released from military prison after serving six years of confinement as a person who did not intend to harm the interests of the United States or harm any service members,” she wrote.

The White House has 60 days to officially respond to the petition, which was created on Nov. 14.

“I am just grateful that I am not forgotten,” Manning said Sunday on a Twitter account that posts on her behalf. 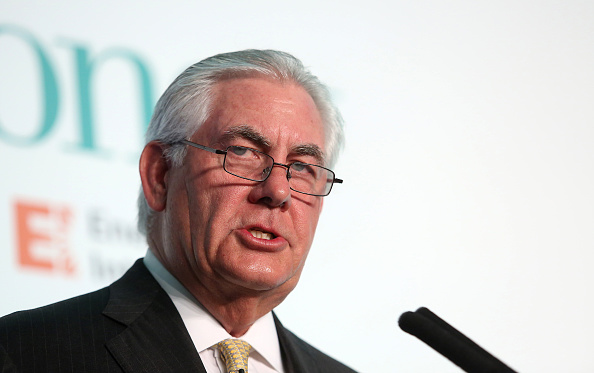 Trump Mulls Exxon CEO as Secretary of State
Next Up: Editor's Pick